Situated on a sunny cliff overlooking the Pacific Ocean, the University of California San Diego is a place that has reimagined the traditional path to knowledge. Established in 1960, UC San Diego is a public research university that has been shaped by exceptional scholars who aren't afraid to make waves--from creating the world's first algae-based surfboard to developing wireless health-monitoring tattoos and printing 3D blood vessels.

The 1,200-acre campus is located in the La Jolla neighborhood of San Diego, Calif., in the heart of one of the most densely concentrated innovation hubs in the nation. The campus is consistently ranked among the top 10 best universities in the nation and top 15 in the world for research, teaching, public service and post-graduation career prospects.

UC San Diego's more than 175,000 alumni include National Medal of Science honoree J. Craig Venter, one of the first to sequence the human genome; Kate Rubins, NASA astronaut who recently conducted human health studies in space; Nathan East, one of the most recorded bassists in history; Nick Woodman, founder and CEO of GoPro; and Guy "Bud" Tribble, who managed the original Macintosh software development team.

The university is organized into six undergraduate residential colleges, three graduate schools, and two professional medical schools. The campus is also home to Scripps Institution of Oceanography, one of the first centers dedicated to ocean, earth and atmospheric science research; and UC San Diego Health, the region's only academic health system.

Over the last 50 years, 16 Nobel laureates have taught on campus. Over 160 current faculty are members of one or more of the prestigious national academies, while numerous others have garnered such awards as the McArthur Fellowship, National Medal of Science, Pulitzer Prize, Fields Medal, and Academy Award.

All UC San Diego undergraduates can find their community thanks to the college system. Each of the university's six colleges have distinct neighborhoods, traditions, and educational requirements. Students bond over shared classes and annual events, from the summertime watermelon drop--a fruity physics experiment--to the 1960s-inspired Muirstock concert and the annual chocolate festival.

In addition, transfer students can choose to live in the Village Apartments, comprised of 13 buildings dedicated to transfer student housing, including two high rises with ocean views; while graduate students have the option to reside in one of six housing communities on or nearby campus, with amenities for couples and students with children.

Break From the Ordinary: Student Success

Students apply their learning outside the classroom through faculty-mentored research, service learning projects, study abroad and professional internships. Undergraduates can explore opportunities through the Research Experience and Applied Learning Portal, get matched with real-world training opportunities through the Academic Internship Program, and become immersed in the culture of another country through the Study Abroad Office.

A Place of Belonging: Diversity and Inclusion

UC San Diego is committed to creating a climate of respect and understanding. Through innovative programs, the campus opens doors to higher education for first generation students and those from underserved communities. The university was recently named first in the nation among peer institutions for enrolling the most low-income students. In addition, UC San Diego graduates the largest percentage of women with STEM degrees, and has been named one of the top 10 most LGBTQ-friendly universities.

Students are invited to engage in open dialogue, develop leadership skills, and learn about social issues at six campus community centers. In addition, students can take part in numerous cultural events and celebrations of diversity, from Raza Awareness Week to the annual UC San Diego Powwow and Martin Luther King Jr. Parade and Day of Service.

Life at UC San Diego is far from ordinary. The university was named among the top academic surfing schools in the nation by The Inertia and features a competitive surf team, classes on the physics of surfing as well as opportunities to learn how to ride the salty swells.

When students aren't immersed in the sea, they unwind at one of dozens of campus-wide events, including Triton Fest, a month-long fall kickoff experience that has featured a haunted trail, go-kart racing, and outdoor movie night; Winter Game Fest, the largest student-run gaming festival on the West Coast; and the Sun God Festival, a day-long carnival and concert.

The university features more than 570 student organizations on campus, ranging from academic-focused and pre-professional groups to social and cultural clubs as well as spiritual and service groups. There are also more than 40 Greek organizations focused on academic excellence, service and leadership. 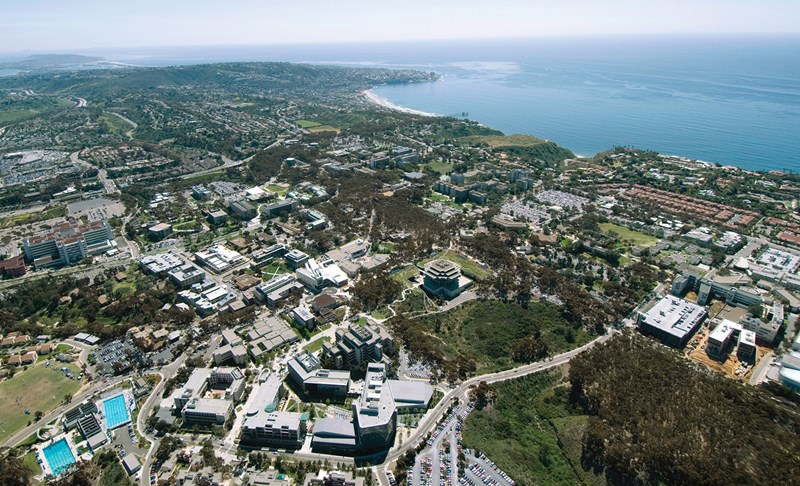 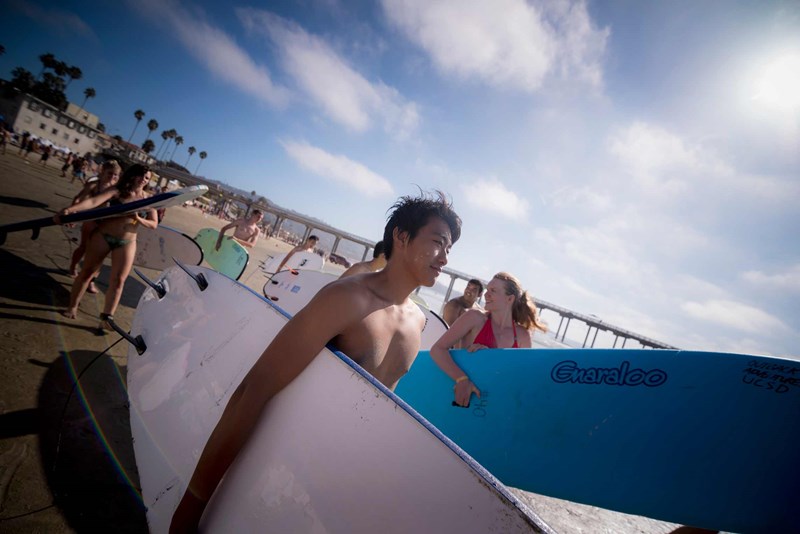 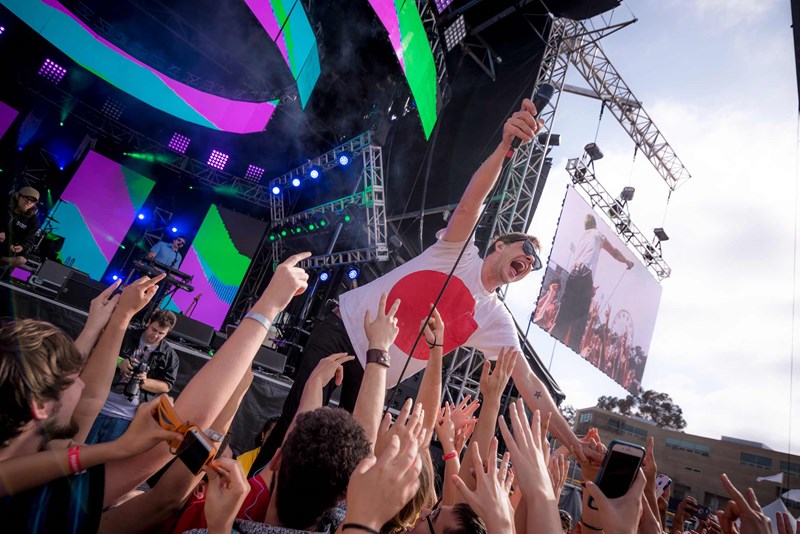 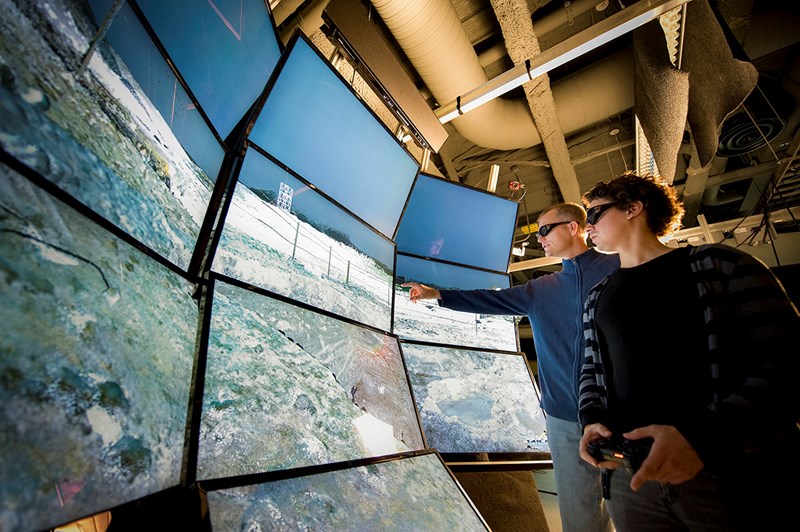 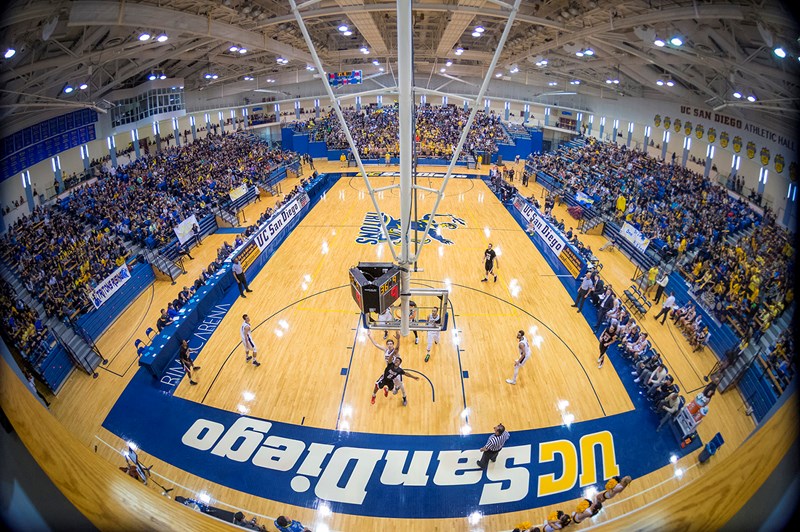 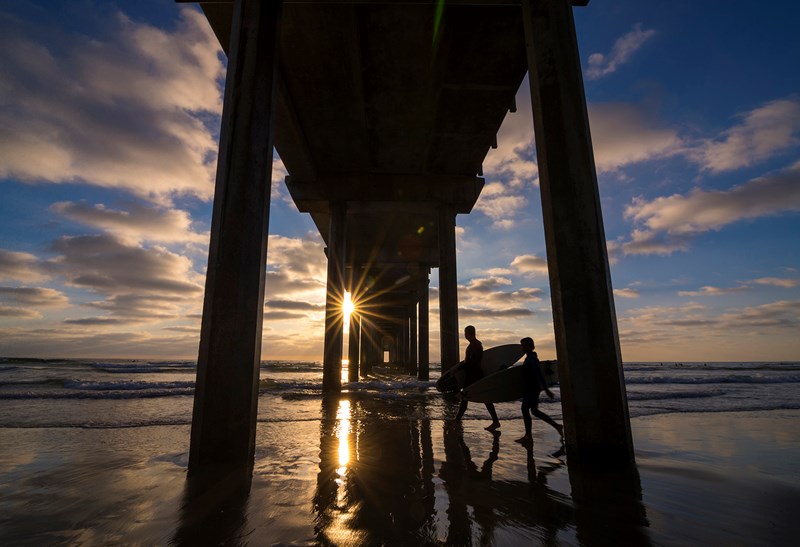 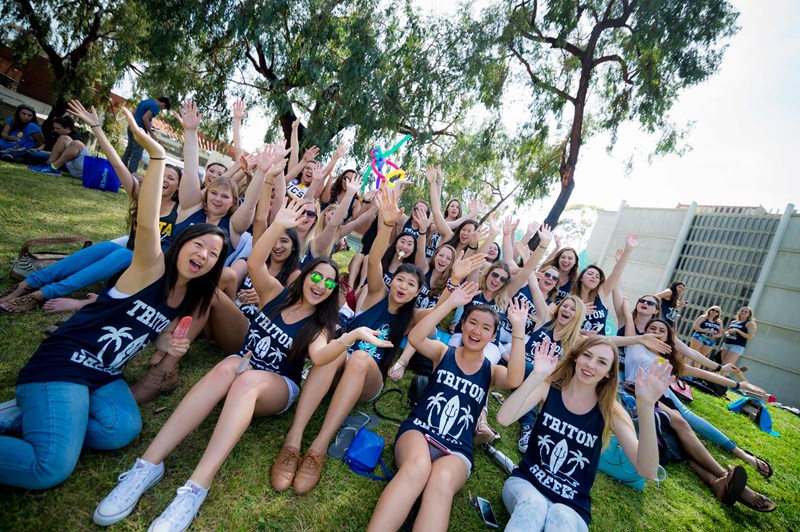 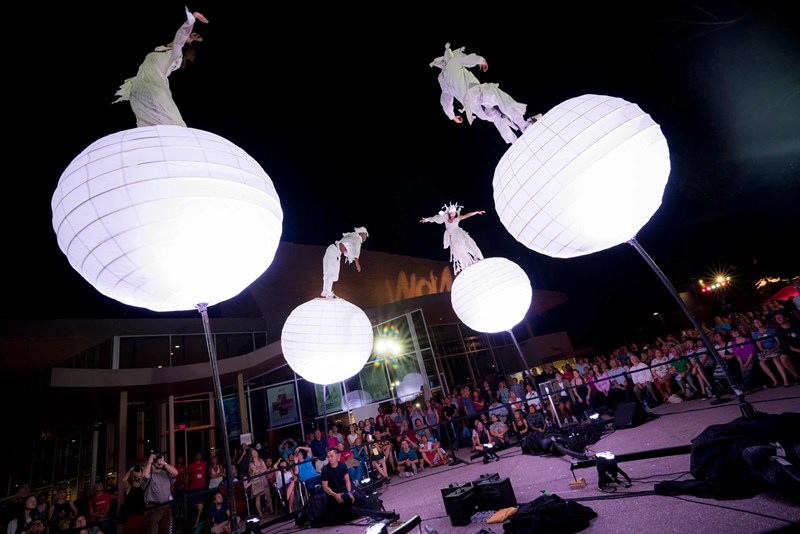 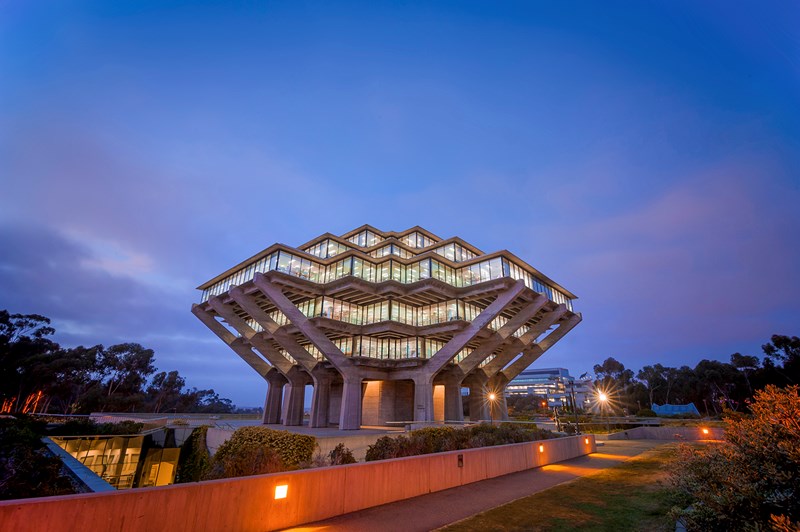 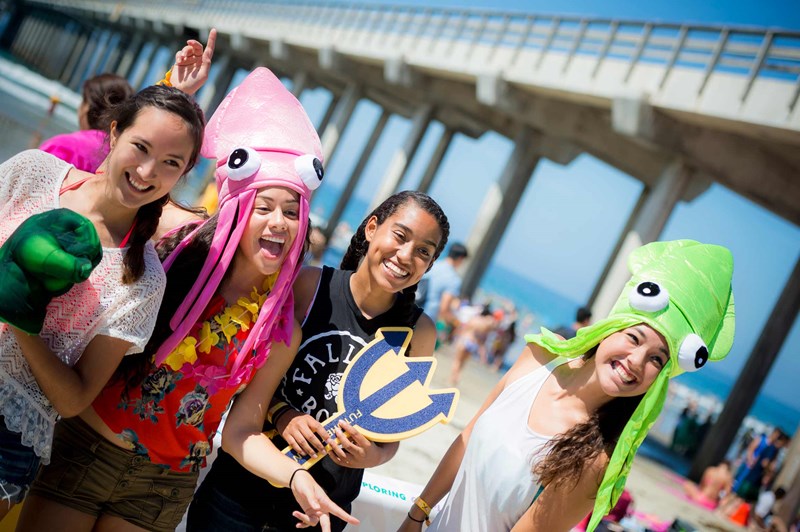 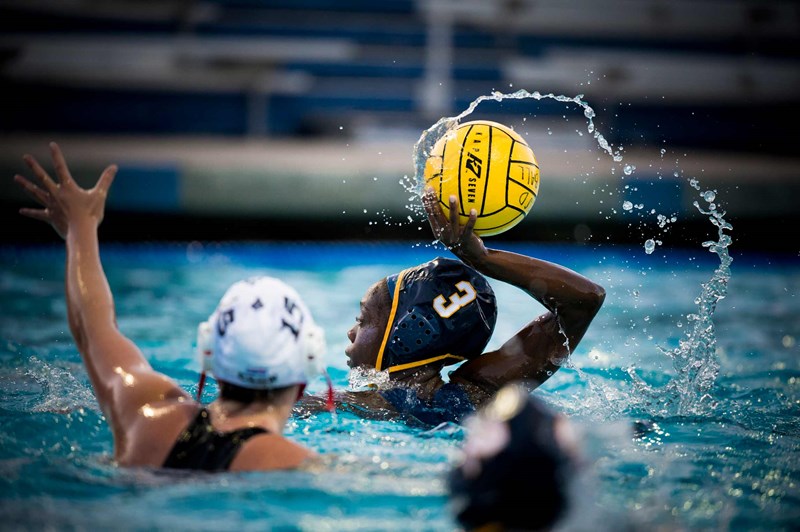 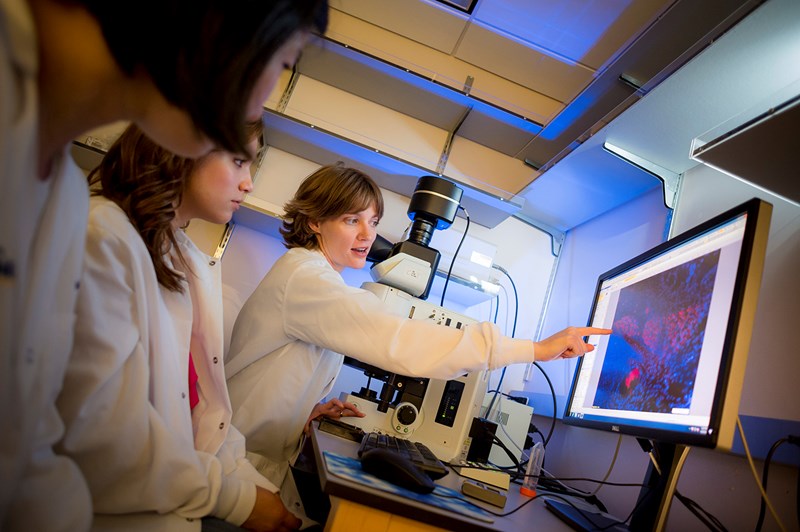 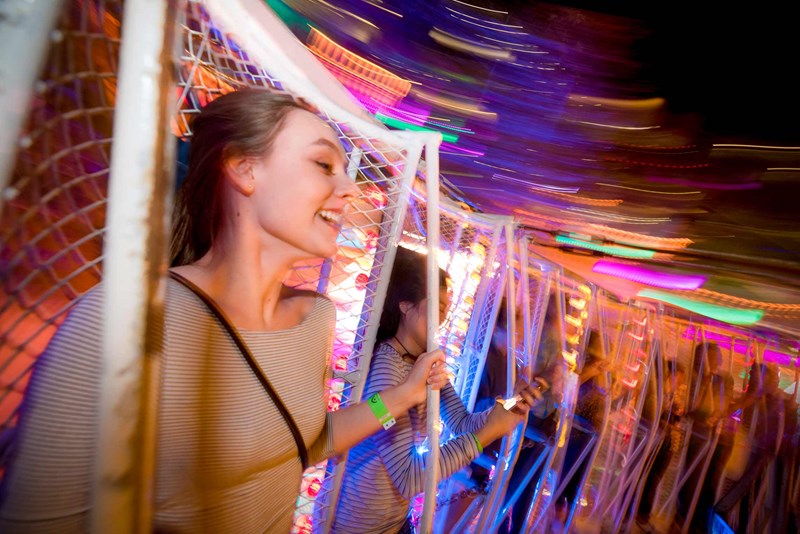 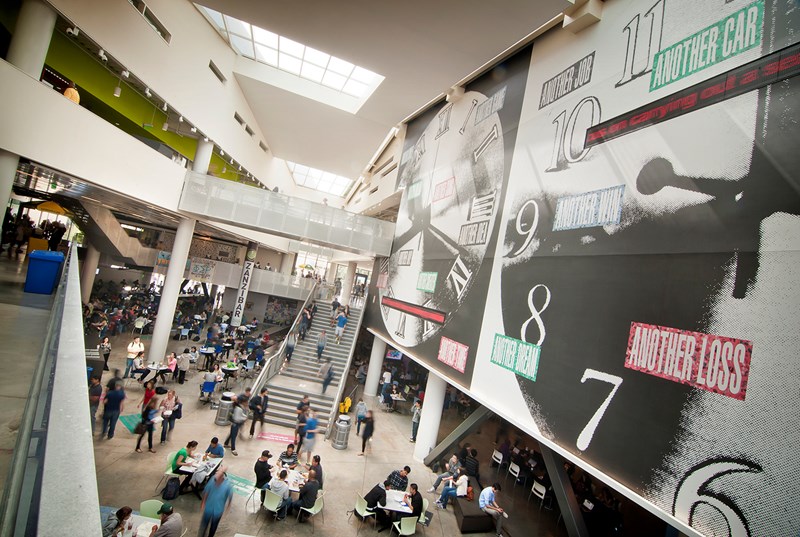 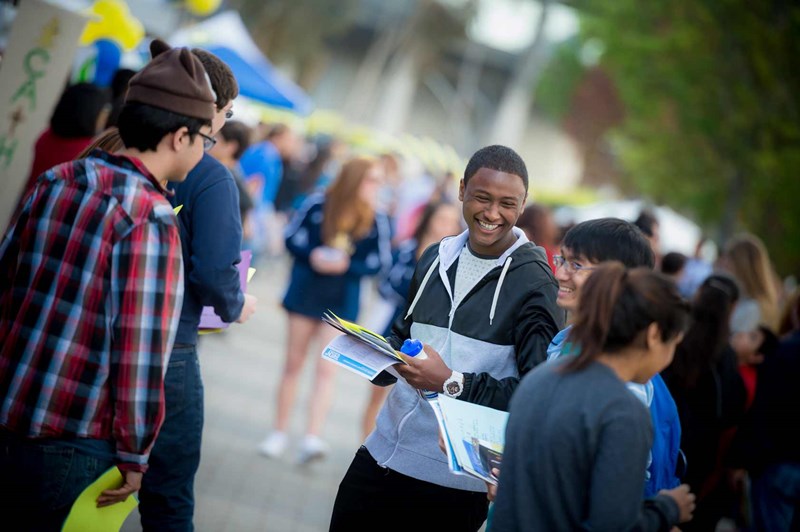 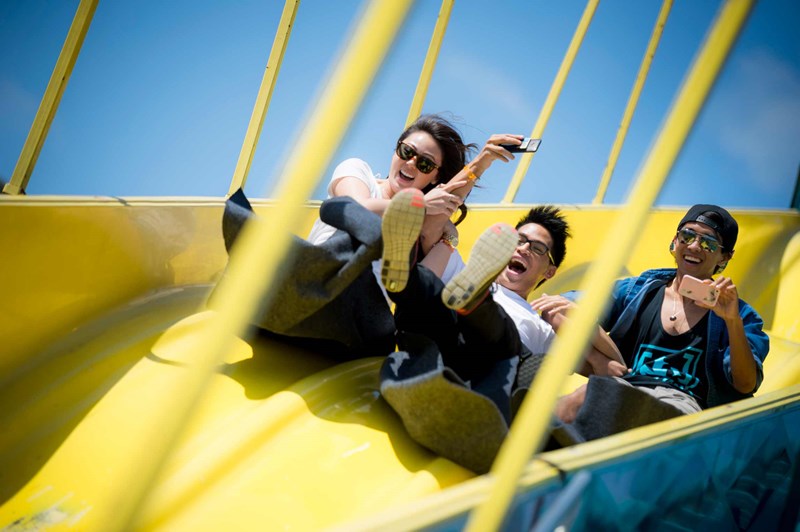 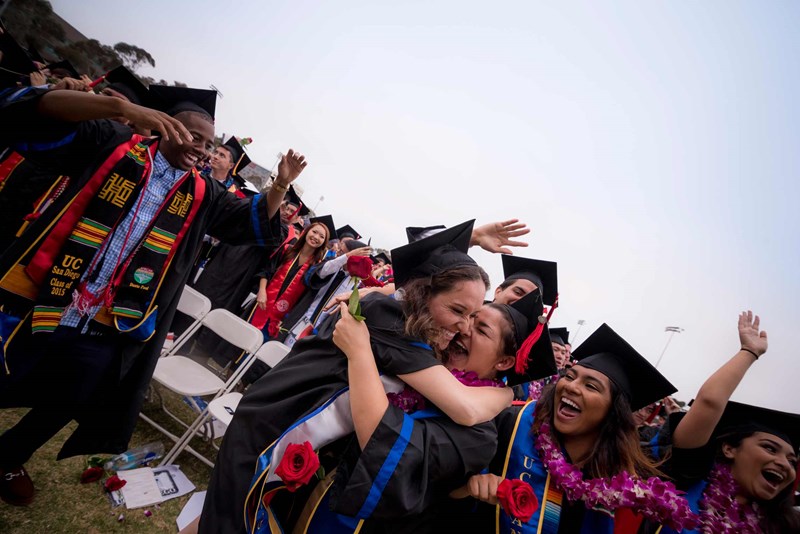 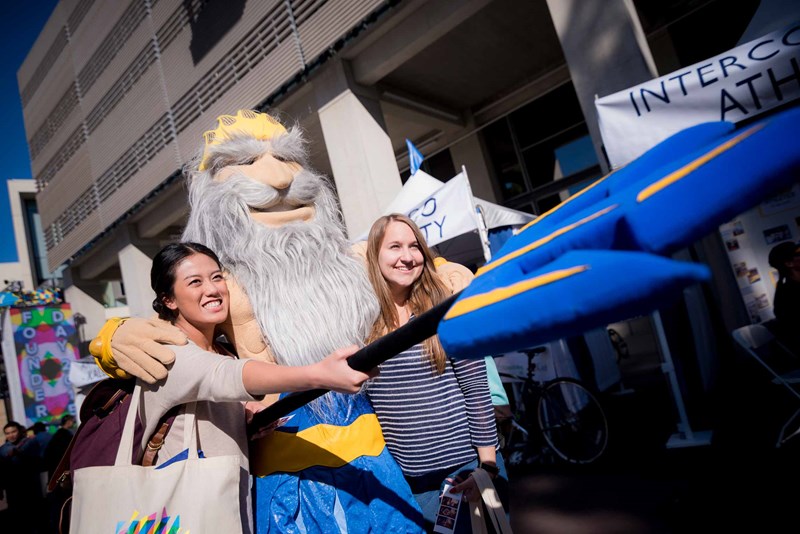 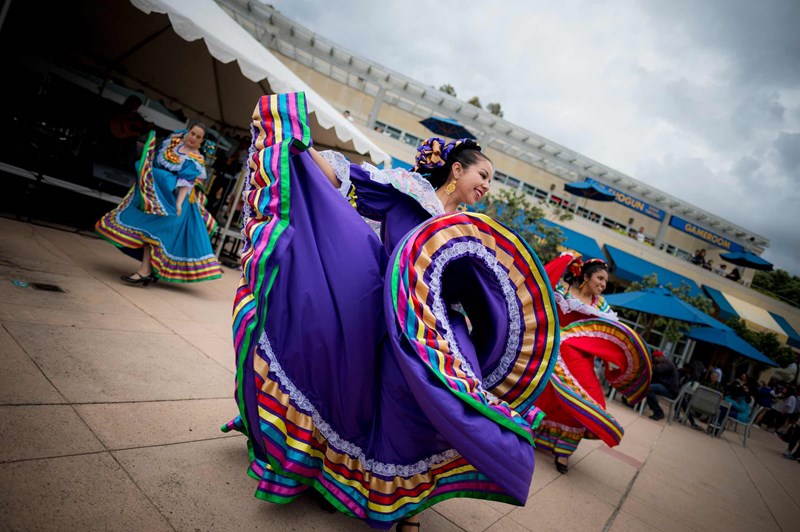 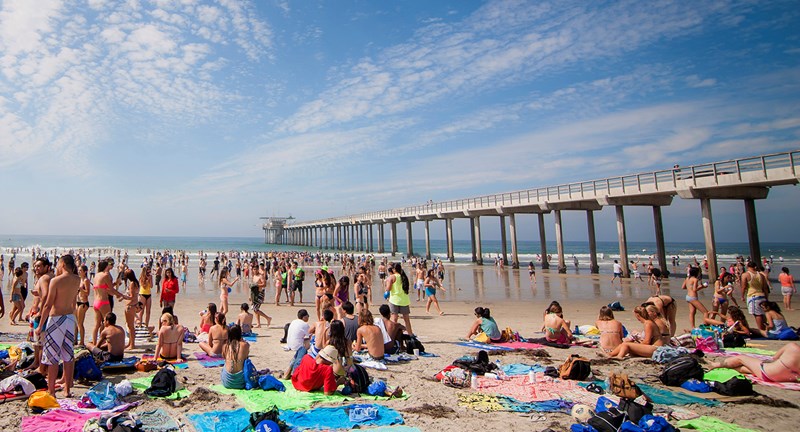 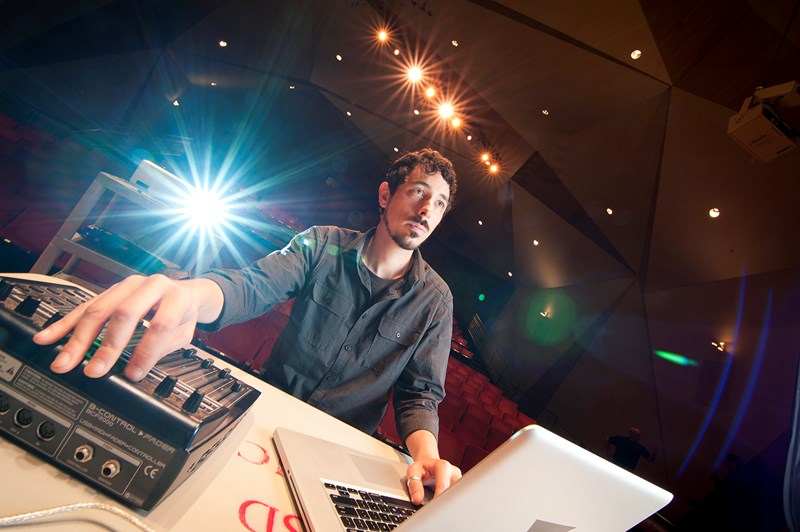 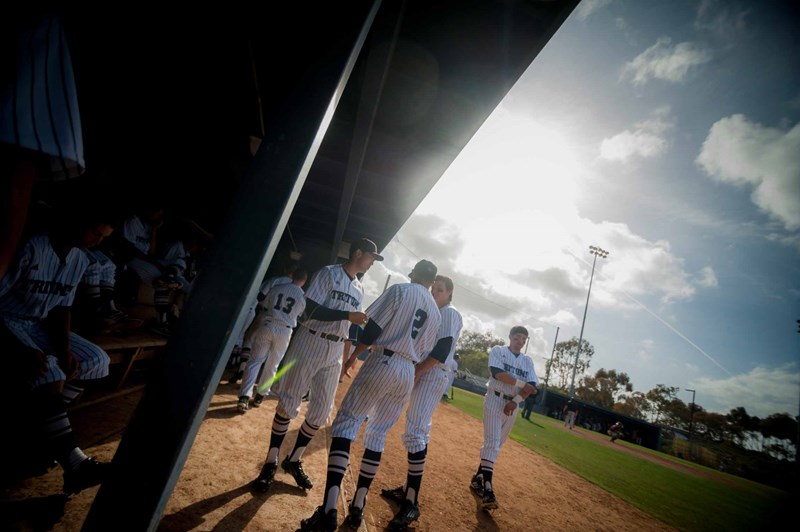 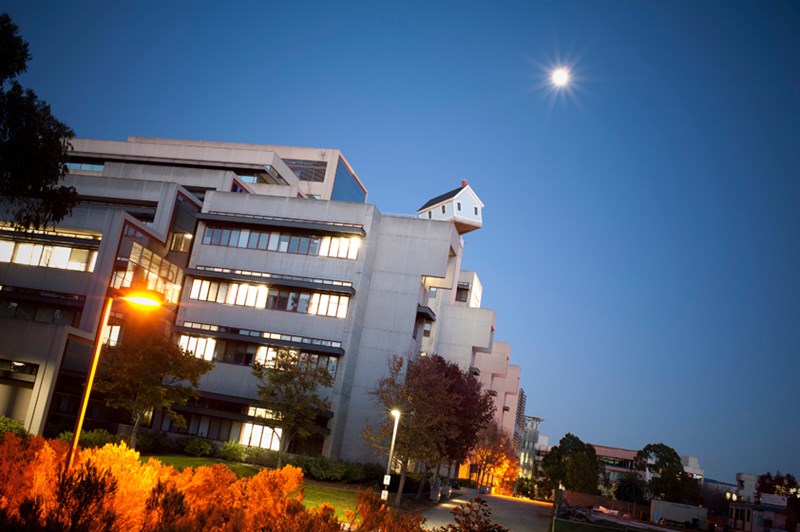 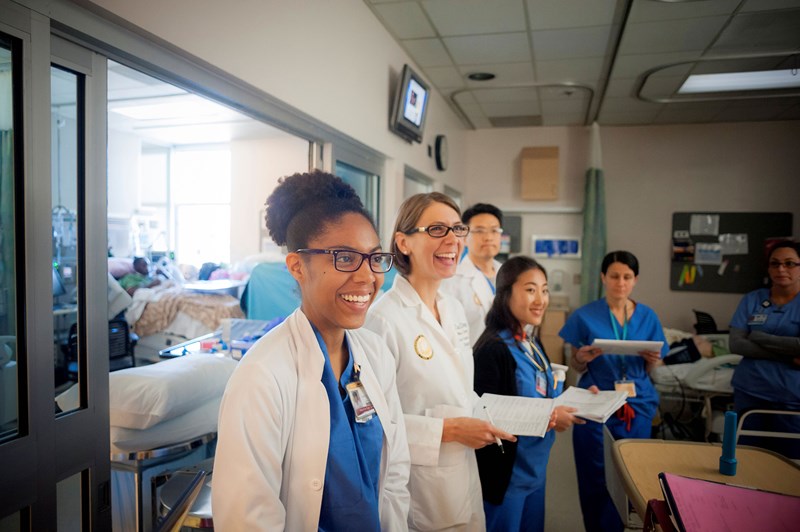 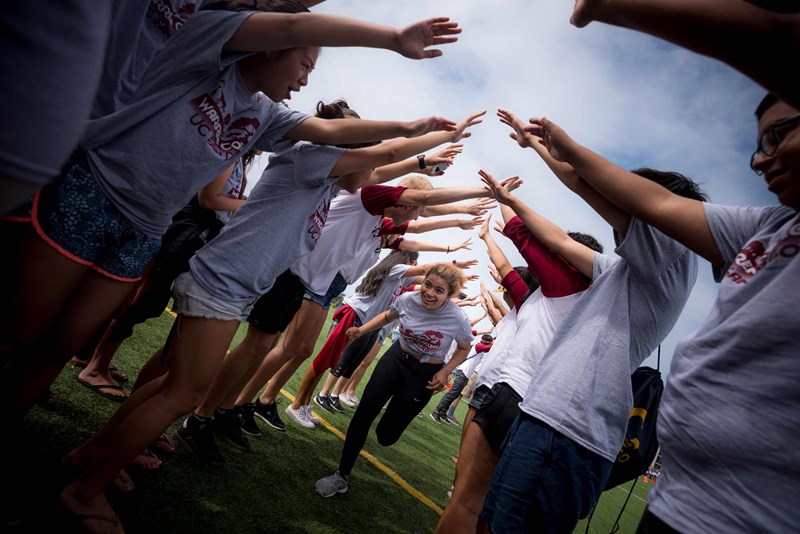 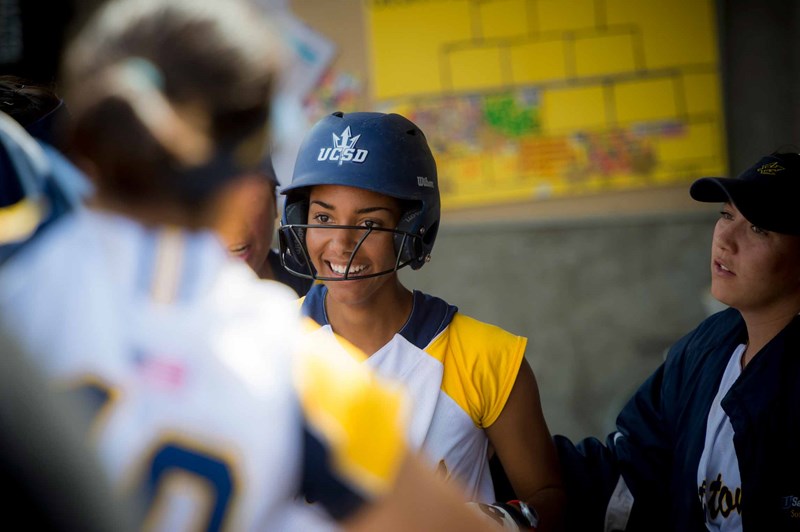 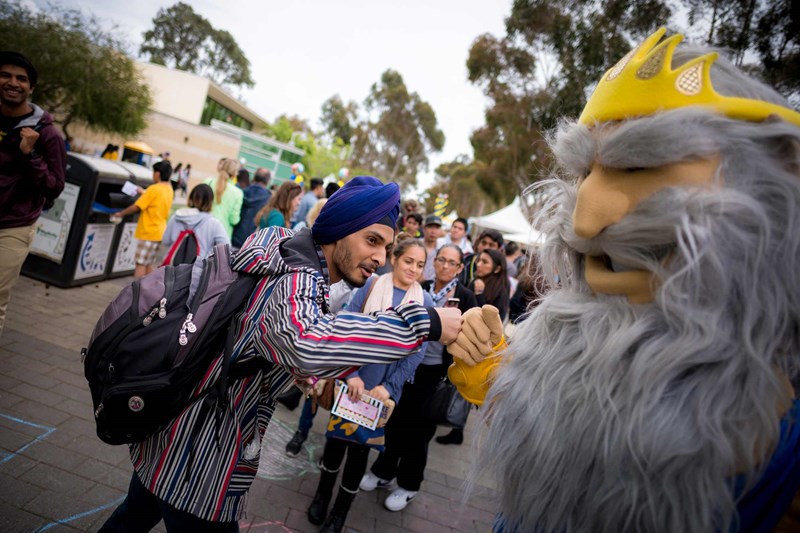