Online education is nothing new. Okay, the technology is relatively new. However, the concept is over 170 years old and has its origins in a correspondence course offered in Great Britain where the instructor sent lessons and received students’ completed assignments by mail. Distance learning was born, and today’s online courses are modern versions of their humble predecessors. Online education overcomes the biggest drawback of correspondence courses, mail transit time, and allows students to interact not only with the instructor but the other students in the class in real time.

How did this all get started?

While the Internet would not be created by the Department of Defense for another nine years, the University of Illinois created an Intranet for its students in 1960. It was a system of linked computer terminals where students could access course materials as well as listen to recorded lectures.

This would evolve into PLATO (Programmed Logic for Automatic Teaching Operations). At its height, PLATO operated on thousands of terminals across the globe. More interestingly, PLATO would be used to create many of the concepts of social networking that we know today: message boards, chat rooms, screen sharing, and even MMORPGs (source).

Arguably the first massively played educational computer game, Lemonade Stand was released in 1979 for Apple II, and the game was included with Apple software packages throughout the 80s. The concept was simple, create a successful lemonade stand, but the impact was great. It introduced a generation to the idea of learning with computers and, more specifically, to the idea of learning in virtual environments (source).

Established with the mission of helping colleges and universities expand the availability of online courses, EUN offered its first online course in 1986 for use with DOS and Commodore 64 computers. However, this was before the invention of the World Wide Web, and students had to use proprietary software and communicate over telephone lines. The EUN began collaborating with America Online in 1992, serving as its higher education coordinator.

This was the year when access to the Internet was exploding with companies such as America Online, Delphi, CompuServe and a host of other local Internet providers transforming stand-alone desktop computers in people’s homes into windows to the world. The greater number of people with Internet access allowed what was formerly a small, offline adult learning center, CALC (Computer Assisted Learning Center), to evolve into CALCampus, which offered the first courses that we would recognize as ‘online’ with real-time instruction and interaction (source) over the Internet.

CVU was established in 1997 as a clearinghouse to provide information about all online courses available from accredited California colleges and universities. While it would ultimately fold in 1999 for political reasons, the concept spurred numerous online resources providing students with information about online education opportunities, such as California Virtual Campus (source).

Despite the rather confusing title of the publication, the Journal of Asynchronous Learning Networks (JALN) was a watershed moment in online education. Created by the prestigious Sloan Consortium, JALN is a peer-reviewed journal that provided a dedicated space for academic research focused solely on online education. This made it distinctive from other publications that also included research on other types of distance learning (source).

MIT begins offering lectures and course materials online through its OpenCourseWare project in 2002, most of which is provided free of charge to anyone in the world. The goal is to offer these materials for all MIT courses. However, the legal logistics of intellectual property issues – not instructor willingness – present obstacles as the materials are released under a Creative Commons license. Even so, as of 2010, MIT offered materials for over 2000 undergraduate and graduate courses online (source).

As we approached the end of the first decade of the new century, the impact of online learning on education could no longer be denied. The number of students taking online courses jumped a whopping 187%, and there were about 5.5 million students worldwide who were taking at least one class online (source). Moreover, traditional universities began expanding not only the number of online courses but the number of entire degree programs available online.

More than three-quarters of CEOs and small business owners stated that they viewed the quality of online education programs to be on par with traditional degree programs, refuting arguments that online courses and programs would not be recognized by employers. Previously a task assigned to adjunct faculty or associate professors, prestigious faculty at traditional universities begin recognizing the opportunity and start teaching online courses.

So, what is the future of online learning? Predictions that online learning would completely replace traditional programs have proven unfounded. However, there is little doubt about predictions that the number of students expected to have at least one online course in their class schedule will quadruple in the coming decade.

From the first online correspondence course to now, the biggest change has been with our perceptions. No longer something that a student chooses only when it is impossible to take a class in a traditional setting, online learning has emerged triumphant as a viable education choice in its own right. Each student choosing an online course or an online program gets to play a small role in that evolution, shaping the course of online learning for the students of tomorrow. 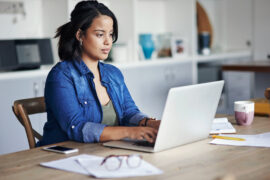 How to Successfully Launch Your Research Project 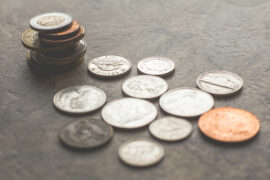 15 Ways to Save Money While Going to College