Created in the 1920s, the SAT has been around for as long as most of us can remember and continues to be a significant benchmark used by America’s best colleges and universities to select each year’s incoming freshman class. The test’s familiar format has spawned a variety of SAT prep resources — from text and online references to tutorials and classroom courses.

Over the years, it’s undergone many changes, the most recent of which were established in 2005. Knowing these changes can be important in understanding the point and purpose of the SAT as a test, and in understanding how best to prepare for it.

SAT testing: Why does it change?

SAT testing has never been static and unchangeable. The test has evolved to meet the educational standards of the best colleges and universities and to reflect the material emphasized by the majority of American high schools. The most recent revision prior to 2005 occurred in 1994, when antonym questions were removed, longer reading passages were added, open-ended math questions were added, and calculators became permitted.

The changes from 2005 were implemented to reflect the importance of clear and succinct writing — not only as a skill to be used in college courses, but as one necessary for success in a wide range of careers.

Many of the changes implemented over the years since the SAT’s creation were made out of a desire to ensure that the test would better track the abilities of the takers, particularly in light of the changing goals of education in the world at large. Some of the changes involved ensuring that the test was as clear and effective as possible, while others were made to ensure that students coming from particular backgrounds would not have unfair advantages.

SAT testing: How does the SAT change?

The SAT was founded in 1926 as an adaptation of the Army Alpha, an IQ test which had been used to check the intelligence of recruits to the US Army. From this test, taken only by a few thousand college applicants, eventually came the modern SAT as we know it.

Of course, the SAT underwent many changes along the way, both in how it was assigned to students, and who its intended audience was, to how the test itself was constructed. The biggest changes to the SAT over the years included the split of the SAT into two distinct sections, the verbal section and the quantitative analysis section, and the change of the time limits involved to give takers plenty of time to complete the full test.

As an example of some specific changes that have been made to the test, in 2005, the test was changed to better reflect the value of clear and effective writing. An essay was added to the test as a separate section, distinct from the verbal and mathematical reasoning sections. Students are presented with a thesis, which they may defend or reject, and are asked to complete the essay in 25 minutes. Students are free to structure their writing in any style that best conveys their point (expository, compare and contrast, or other techniques). Students may draw on any and all areas of their knowledge and experience in completing the essay portion of the test.

In the 2005 update, analogies were eliminated from the test because it was determined that they did not adequately reflect today’s high school curriculum. It was also felt that the analogies encouraged memorization of vocabulary rather than reasoning skills.

Furthermore, in 2005 the math section was expanded to embrace concepts covered by most high school “Algebra II” courses. Again, the change represents an attempt to keep the SAT in step with the modern high school curriculum, and to emphasize the skills most desired by top colleges and universities.

In 2009, the SAT policies changed, though these changes did not involve the test itself, so much as the rules surrounding the test. Specifically, the College Board instituted a new policy which would allow students to only send their best SAT scores to the schools at which they were applying, instead of sending all the scores from every time they may have taken the SATs. There has been some debate about this change to SAT testing policy, however.

In 2016, the SAT changed yet again, modifying the structure of the test itself and the scoring method.

The scoring method for the SAT has changed substantially over the years. When the test was first implemented, most takers weren’t even expected to complete the full thing within the time limit, let alone score perfectly. The original SAT from 1926 featured 315 questions with a time limit of 97 minutes, and the verbal and mathematics sections of the test had not yet been split up into discrete sections.

The modern-day SAT consists of two different sections, one focused on mathematics and computation, and one focused on evidence-based writing and reading. Takers can score up to 1600 points on the overall test, with a total of 800 potential points per section. This replaced the 2400 point scale prior to 2016.

Because the essay is not as immediately quantifiable as the other elements, it is scored based on the complexity of the idea expressed, the thoroughness with which the ideas are supported and developed, and the writer’s facility with language. While spelling and grammar are not directly tested, they do reflect each student’s clarity of thought and do figure in the overall assessment of the essay section. Each essay is evaluated by two independent readers using an 8-point scale.

The addition of the optional essay portion to the overall scoring scheme of the SAT was much in line with the shifts in the SAT’s scoring throughout its existence. As the test-givers came to understand the areas of study and scholarship which were neglected by the SAT’s structure, they expanded it and changed it in order to best cover all the important skills that would be necessary to have in the world at large. Thus, the writing section was added to the SAT.

Making the most of the newest format

There are still many ways to reinforce the fundamental areas addressed by the modern SAT — including basic mathematical formulas, principles, and relationships; vocabulary; and reading comprehension skills. As with earlier versions of the test, a wealth of SAT test prep material is available, both in print and online. Find the SAT help that works best for the style in which you learn.

While it may be more difficult to prepare for an unknown essay question, you can sharpen your critical thinking and writing skills through practice. For example, you could select a news story or topical issue from the media, and set a 35-minute time limit in which you address a specific viewpoint on the story. Then have a family member, teacher, or adviser critique the essay for clarity, effectiveness, and grammar. But as with any test, it is important to be relaxed, comfortable with the material, and well rested on test day. 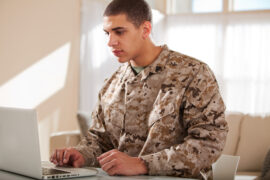 Resources to Prepare You for Your DSST Remote Exam 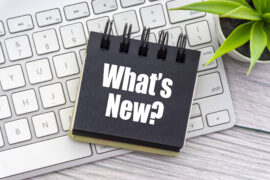