Ever get the feeling that days are somehow sneaking past without you noticing? You know, that feeling when you look at the calendar thinking that it’s something like November 4th or so but it’s actually a full week later? That’s exactly how I felt when I started going through the news this morning, so much so that I actually double-checked the date several times. Despite my incredulousness, it is indeed already almost halfway through the month of November and by the time the next one of these link roundups rolls around, we’ll actually be closer to the start of December than the end of October. The phrase tells us that, “Time flies when you’re having fun,” but it would be equally accurate if it said, “Time flies when you’re working extremely hard.”

So with that slightly philosophical intro out of the way and a little more caffeine coursing through my veins, time to dive into this week’s relevant content. Lots of interesting stuff here, including the history of college applications, tips for dealing with interviews and extracurricular activities, and crazy application essay prompts. Read on for all of this week’s top college admissions news! 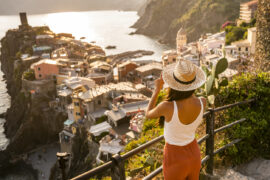