Home / Blog / Colleges / The Benefits of Being a Sociology Major

If you were ever curious about how you were able to pull off group projects in high school with so many different personalities working together, or what made your sports team gel so you were able to win the county championship, you might have a mind that’s thinking like a sociologist. Sociologists study societal behavior and try to figure out what makes people and groups, institutions, and communities tick, looking through the lenses of economics, race, gender, health, and education, among others. These professionals look at everything from a demographic’s political makeup and its religious institutions to what people who live in a certain area like to do for fun. With the research you’ll do as a sociology major, and perhaps one day as a sociologist, you’ll open up new windows into how humans interact and possibly solve some of society’s most pressing problems, including those focused on crime, poverty, and health.

What do sociology majors study in school?

Besides your general-education work, expect a data-heavy courseload—meaning courses in research methods and statistics, among others. You’ll also be schooled in social stratification (so you can better understand underlying societal inequalities based on gender, race, and culture), as well as learn about how individual and community economics and health affects society as a whole. You’ll also be faced with a slew of interesting-sounding electives, which you can choose based on the area of sociology that interests you most. Keen on becoming a criminologist? Take courses on juvenile delinquency, terrorism, and the sociology of gangs. Curious about how interpersonal relationships shape a particular culture? There are often classes focusing on how love, marriage, and sexuality impact interactions. Or concentrate on health-based sociology, which takes on medical issues, health disparities, and even how certain cultures deal with death.

You’ll also likely want to vie for an internship or entry-level job in both your undergrad and graduate studies to gain valuable experience that will make you a more appealing candidate when it comes time to start sending out resumes for more significant opportunities.

So where can you expect a sociology major to lead you?

Sociology provides the base for a variety of jobs.

Becoming a sociologist is the obvious jump after leaving college, where you can go to work for the government, universities, nonprofits, or private businesses with some kind of stake in behavioral patterns (perhaps they’re selling a certain product or service and need to figure out the best targeted demographic). But even if you choose not to become a sociologist, your studies as a sociology major will also serve as a decent foundation for becoming, among other possible jobs, a statistician (sociology majors are major data-collectors), demographer, urban planner, market researcher, policy lobbyist, youth developer, and various types of educators, including high school teachers, college instructors, or public health educators.

What you’ll gain in studying social behavior: insights and a pretty paycheck.

Although many of the top-paying jobs falling under the sociology umbrella require a master’s degree or higher, your bachelor’s degree in sociology will set you in the right direction. The median 2016 salary for a sociologist with a master’s was just under $80,000, while working in R&D in the social sciences and humanities in this role brought in a median of $101,000 in 2016.

The world is changing quickly—and it needs someone to seek out the patterns to solve old and new problems.

In an increasingly global world, we still haven’t eliminated some of our biggest issues—e.g., diseases, hunger, poverty—and new ones are constantly popping up (cyberterrorism, for instance). Because your sociology training will dive deep into collecting and analyzing data, you’ll be in a unique position to perhaps spot things that others don’t see on the surface. If you can pinpoint an underlying issue that’s remained cloaked, that opens the floodgates for others to work in tandem with you—lawmakers, health officials, other researchers—and make life better for individuals, communities, and society overall.

By the nature of what sociology is, you’ll receive a side education in a bunch of other fields.

Because there’s so much that drives why people and groups act the way they do, you’ll find yourself becoming a well-rounded interdisciplinary student in a variety of fields—an asset to future employers. You may take courses that directly or indirectly touch upon psychology (sociology’s more individualized cousin), anthropology, economics, and political science, among others. You’ll be constantly intellectually challenged, as you’ll need to stay on top of the latest research in your particular niche—but you’ll also likely be so fascinated with the niche you’re drawn to that reading books or research papers in your downtime likely won’t seem like a chore.

Being a sociology major forces you to become more involved with the world around you.

It’s impossible to stay ensconced in a bubble when you’re constantly out in the world, looking for connections and what drives people and groups to act the way they do. The upside for you: Even outside of school and work, you’ll likely find your studies will offer the indirect benefit of making you more engaged with what’s going on in your own family or community and set you on the path to informed and active citizenry. Can’t the world use more involved citizens? 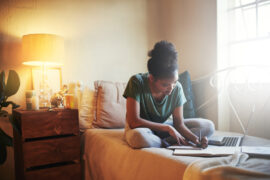 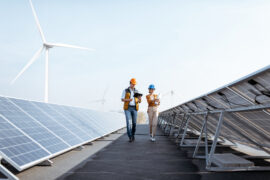 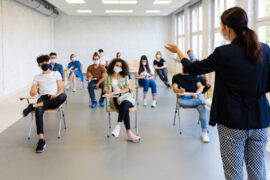 Upcoming ACT, SAT Test Dates and What to Know Before Taking the Exam