For years, Ivy League schools have beckoned to thousands of students as the creme de la creme of the college world, inspiring them to achieve astronomical GPAs, pursue AP curricula, and dream of once-in-a-lifetime educations. With only a relatively few spots available to high-achieving students, competition for enrollment in Ivy League and other selective schools has stiffened every year. This has led many students to apply early under an Early Application or Early Decision option in an attempt to secure their spots in some of the world’s most prestigious universities. As the competition for these early admission spots has gone up, so has the percentage of students applying early.

But something has happened along the way. It seems not everyone has heard of being able to apply early, particularly those students coming from areas where “getting into college” isn’t the daily mantra and college consultants aren’t knocking on their doors. Many hard-working students simply toss their hat into the ring along with everyone else during application crunch time, often without a clue that 25 to 50 percent of the available freshman slots have already been handed out.

Does this seem a bit inequitable? Some colleges and universities think so. Recognizing that many students are at a disadvantage when it comes to early application options, some schools are doing away with the practice of accepting early birds. Many believe that the process not only excludes students who have no idea early acceptance is even available, but also leaves out students who won’t apply early out of fear they’ll have to commit to a school only to find out later that their financial aid offers won’t cover the cost of attending.

With no guarantee of a generous financial aid award, and inadequate resources to pay for college themselves, many lower-income students play it safe and either apply later or not at all. Those who do apply early tend to be those who really don’t worry too much about whether or not they’ll get a healthy financial aid award; they know they can foot the bill if needed. This has resulted in an unbalanced amount of students from upper-income families attending prestigious schools—and has added to the myth that you have to be rich to get into one.

Some schools are taking early action in the early decision debate

Who better to start changing a system that weighs in favor of the upper class than the upper-class colleges themselves? Both Harvard and Princeton recently announced their plans to quit offering early application options as part of a growing effort to revamp a college admission system that has become known for both its highly competitive nature and its tendency towards exclusivity. With such heavy-hitters taking the lead, it’s expected that several more colleges will follow. At the very least, several are looking at the issue, which in and of itself is a step toward change.

Don’t toss out those Early Action forms yet

Not everyone is likely to stop their early acceptance practices, though. Many schools rely on them to appear more selective. Through their Early Options admissions, they’re able to accept higher-achieving students early on and turn away larger numbers of applicants later, which makes it seem as if they’re more selective than they really are. However, early decision also enables them to become more competitive over time as they build the academic profiles of their students.

What does this mean to you? Not much if you’ve already applied this year. If you’re not applying until next year, the change shouldn’t cause you to lose too much sleep. The most selective colleges and universities (such as Ivy League schools) will remain selective, but you’ll be competing more fairly with all the other would-be freshmen. 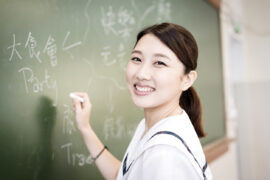 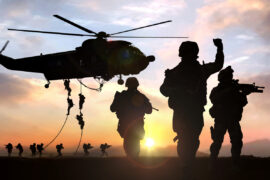