On this week’s episode

You Have a Cool Job is a podcast hosted by Taylor Sienkiewicz from Peterson’s. The show highlights professionals who have a unique, interesting, uncommon, or otherwise cool job.

Our goal is to motivate you and show how interesting, fulfilling, and anything-but-average your career can be, and we’ll do this by talking with people who took a path less traveled. We ask these fascinating individuals how they got to where they are in their career based on their education, experience, and influences;  why they love their job; and lots more.

If you like what you’re hearing, check out these resources to get plugged in.

For more episodes of You Have a Cool Job, visit our YouTube channel. View other podcast blogs here.

Subscribe to receive an email containing each podcast episode of You Have a Cool Job as they’re released.

Have a nomination for the show? Drop a line here.

HOST SHOW INTRO: Welcome to the show! From Peterson’s, I’m your host, Taylor Sienkiewicz, and you’re listening to “You Have a Cool Job”, a podcast highlighting those who took their profession in a unique direction, and what they did to get there.

HOST INTRO: On this week’s episode of You Have a Cool Job, we talk to someone who’s both a veterinarian and an inventor. Dr. Joel Stone seems to have worked in every possible avenue of the veterinary world, from research to aquariums to cats. He talked about the variety of his experience in the field.

JOEL STONE: The variety that we’re talking about is you know I’ve I am currently a clinical practicing veterinarian working in and all feline practice all cat practice and actually worked at two different cat practices but before that I actually worked as a research veterinarian at Merck I was a director of comparative medicine at Wyeth which are two huge pharmaceutical companies. I also worked is a research veterinarian at both the University of Pennsylvania and the University of California San Diego and so there I’ve had a chance to work on a whole variety of different animals you know everything from an aquarium and you know working on sharks and other types of fish and which was very interesting but you know as a lab animal veterinarian I worked on monkeys I did a residency working on monkeys rabbits mice rats fish frogs horses cattle goats sheep you know so just a big long list of animals that I’ve come in contact with. 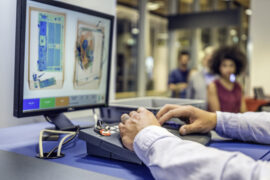 Securing Our Skies: How to Become a TSA Agent 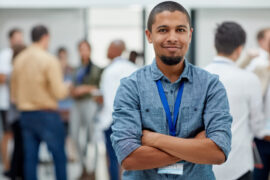 7 Steps to Making a Career Pivot