Home / Blog / Podcasts / You Have a Cool Job: Fermentation Scientist

On this week’s episode

You Have a Cool Job is a podcast hosted by Taylor Sienkiewicz from Peterson’s. The show highlights professionals who have a unique, interesting, uncommon, or otherwise cool job.

Our goal is to motivate you and show how interesting, fulfilling, and anything-but-average your career can be, and we’ll do this by talking with people who took a path less traveled. We ask these fascinating individuals how they got to where they are in their career based on their education, experience, and influences;  why they love their job; and lots more.

If you like what you’re hearing, check out these resources to get plugged in.

For more episodes of You Have a Cool Job, visit our YouTube channel. View other podcast blogs here.

Subscribe to receive an email containing each podcast episode of You Have a Cool Job as they’re released.

Have a nomination for the show? Drop a line here.

HOST SHOW INTRO: Welcome to the show! From Peterson’s I’m Taylor Sienkiewicz, and you’re listening to “You Have a Cool Job”, a podcast highlighting those who took their profession in a unique direction, and what they did to get there.

HOST INTRO: On today’s episode of you have a cool job, we talk to Matthew Ranson, a fermentation scientist. Matthew works on projects that reach into so many corners of different industries, you couldn’t guess they all come back to this one unique branch of science. He explained his role at Mescoma, the fermentation science company he works for.

MATTHEW RANSON: My role in the company is part of the support team so we do projects for all sorts of different fields. We do things in sort of corn ethanol, pharmaceuticals, in probiotics, in the cosmetics industry, food science, animal science, plant science. So, there’s all these different fields that we sort of get research and development projects from.

HOST: And with these different fields and projects, the idea is to evaluate fermentation issues and either improve a process or solve a problem. Matthew is the one that implements these newfound solutions.

MATTHEW RANSON: Our role here is to sort of take whatever microbiology avenue we can to investigate them and improve on them. So, like I said, I’m sort of in the support side, so we’re not really pioneering our own research and starting projects on our own but we’re taking something that one of the other departments has found as novel or interesting and trying to figure out if that is something that can be improved or addressed or sort of teased out in some sort of way.

HOST: Despite the large impact these projects have on products like dairy or beer that we encounter in our everyday lives, it all starts with single-celled, microorganisms: yeast and bacteria. Matthew explained which of these microorganisms he works with.

MATTHEW RANSON: Majority of things are Saccharomyces cerevisiae, which is sort of general yeast that everyone thinks of. Primarily used in baking and brewing and industrial corn ethanol, things like that.

HOST: Microbiology can be a bit overwhelming. To break it down, I asked Matthew what his job looks like day to day.

MATTHEW RANSON: It varies very much day to day. I have done a lot of work with our corn ethanol team, troubleshooting things and investigating new approaches to things. I’ve also done a lot of support work with the brewing team here with some of our beer brewing yeast capabilities that our company has.

HOST: What was one of the more recent projects then that you’ve worked on that you can explain a little more in detail?

MATTHEW RANSON: So, we are a subsidiary of Lallemand. Lallemand has a brewing division, which, if anyone does any home brewing they might recognize the Danstar name or the Lallemand name through that. Our group here has taken some of those brewing yeasts and done some bioengineering to introduce different traits that are not conventionally found in yeast, and especially brewing yeast, and try to produce novel approaches and novel styles through that which are a little bit easier for brewers and home brewers to do.

HOST: For sour beer fans, your worlds about to get a lot more convenient.

MATTHEW RANSON: So sour beer is something that is becoming a little bit more popular. You can find them pretty regularly though your local breweries and many bars around.

HOST: Matthew explained that his team is working on a sour producing yeast, as conventionally, sour beers are made with certain bacteria. The problem is, the bacteria is hard to get just right, and often spoils the beer if any of the bacteria isn’t exactly the kind they want. So, Matthew’s team made a yeast that works as a substitute for the bacteria in sour beer.

MATTHEW RANSON: With our bioengineered yeast we can do that with a little bit more control and a little bit more predictability and I’ve been doing that work, sort of supporting the production of that to go out to the breweries and a lot of the quality control to make sure that we are filtering a good quality product to them.

HOST: As for the practical application of this lab-made product, things are a lot more efficient and predictable for brewers.

MATTHEW RANSON:  By eliminating the need for those bacteria and doing it in yeast instead, it’s a little bit easier for brewers who are typically set up to work with yeast to just continue to use this novel bioengineered yeast to do that.

HOST: Aside from working with bioengineered yeast, Matthew gets to work in other aspects of the brewing process, including tasting and the brewing itself.

MATTHEW RANSON: I get to brew beer as part of the quality control efforts at work. So brewing beer is not the best way to do it but I get to do it in small scale batches in lab organized ways. And then, in some of the more typical methods for brewing beer and more typical environments of brewing beer we also get to actually taste test and do some quality control testing that way which I think is probably not seen or supported often in many other lines of work.

HOST: Looking at a completely different industry, Matthew shared what one of his first projects in fermentation science entailed.

MATTHEW RANSON: One of the first ones that we have worked on right when I started was involving animal nutrition. Essentially the best thing to feed to livestock is fresh grass. In the winter, especially in the northern United States, northern latitudes I should say, you don’t have fresh grass because everything’s covered in snow. So a lot of times they will get corn silage, sort of leftover products of industrial uses of corn to feed the livestock. But, if that’s sitting around for too long, then unwanted bacteria can start growing and produce unwanted flavors, one of which is something called butyric acid, which, if you smell it or taste it unadulterated, it smells very much like vomit. One of the unfortunate properties of this butyric acid is that when a cow eats corn silage that is contaminated with butyric acid, it can then pass that down to its milk, which then goes to dairy producers.

HOST: You can see where the problem is. People don’t want their food products tasting like vomit. Matthew explained that his team’s project was to find a solution.

MATTHEW RANSON: So the project that we had was trying to analyze the bacteria that caused this off product and see what conditions are going to produce more of this or produce less of this butyric acid and try to find optimum conditions for storing this corn silage so that it’s usable long into the cold months that you wouldn’t have grass. A lot of slow babysitting and checking a lot of different variables as they developed but it ended up being pretty interesting in the end to see everything coming through.

HOST: Matthew described very unique projects that are a result of an attempt to solve problems across industries and fields. So, I asked him about his career path leading up to this relatively broad role.

MATTHEW RANSON: My previous job was at an academic institution, what’s called a core facility, so we had a specific service that we offered to labs within our institution and around the world really and that was very structured, very constrained for this one service. We had a niche product that was very useful for the people who were doing that kind of research and recognized the utility of having genetic analysis helping them out in their experimental design. So it was very much we have a service, we offer that and we’re sticking by it. I think that that service center approach to things was an asset when I went to move on to something in a different field. Over time just from doing that service center thing, one thing all the time, it did get a little bit boring, so I was happy to try to branch out and have a little bit more breadth in everything that I do in the fermentation science side of things here.

HOST: Definitely. So what then is your education background. You explained a little bit of your experience but, what did you get your degree in, where’d you go to school?

MATTHEW RANSON: Sure. I went to undergraduate at Drexel University in Philadelphia. I started off in biomedical engineering thinking that I really enjoyed biology and wanted to figure out how to design the solutions to problems but then quickly realized that I really didn’t like math and that was a big part of engineering so I switched from bioengineering to biology and graduated my undergrad with a bachelor’s in biology.

HOST: So, Matthew it sounds like you had a pretty formal academic background and then it’s being blended with this more casual field of brewing, how did those two worlds come together for you.

MATTHEW RANSON: The short story of it is that it all comes down to connections. When I was in my academic setting, just speaking with people throughout the department that were directly interacting with me or with my superiors and things like that, finding people that had a shared interest and branching out to see what was out there and what you might be able to do a little bit down the line.

HOST: As Matthew’s educational background helped him find what he was interested in and opened different doors in his career, he suggested that students take the time to experiment as well.

HOST: Matthew’s job as a type of scientist reaches beyond the scope of what we typically associate with the field, showing just how much careers push through industry boundaries and allow us to blend what type of discipline we thrive in with what aspects of life interest us. We hope this episode has broadened your breadth of possibilities and inspires you in your career path. Thanks for tuning in, we’ll see you next week. 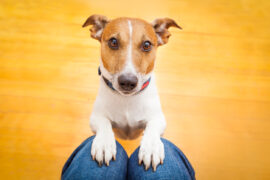 You Have a Cool Job: Dog Trainer 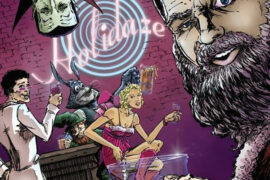 You Have a Cool Job: Comic Book Creator 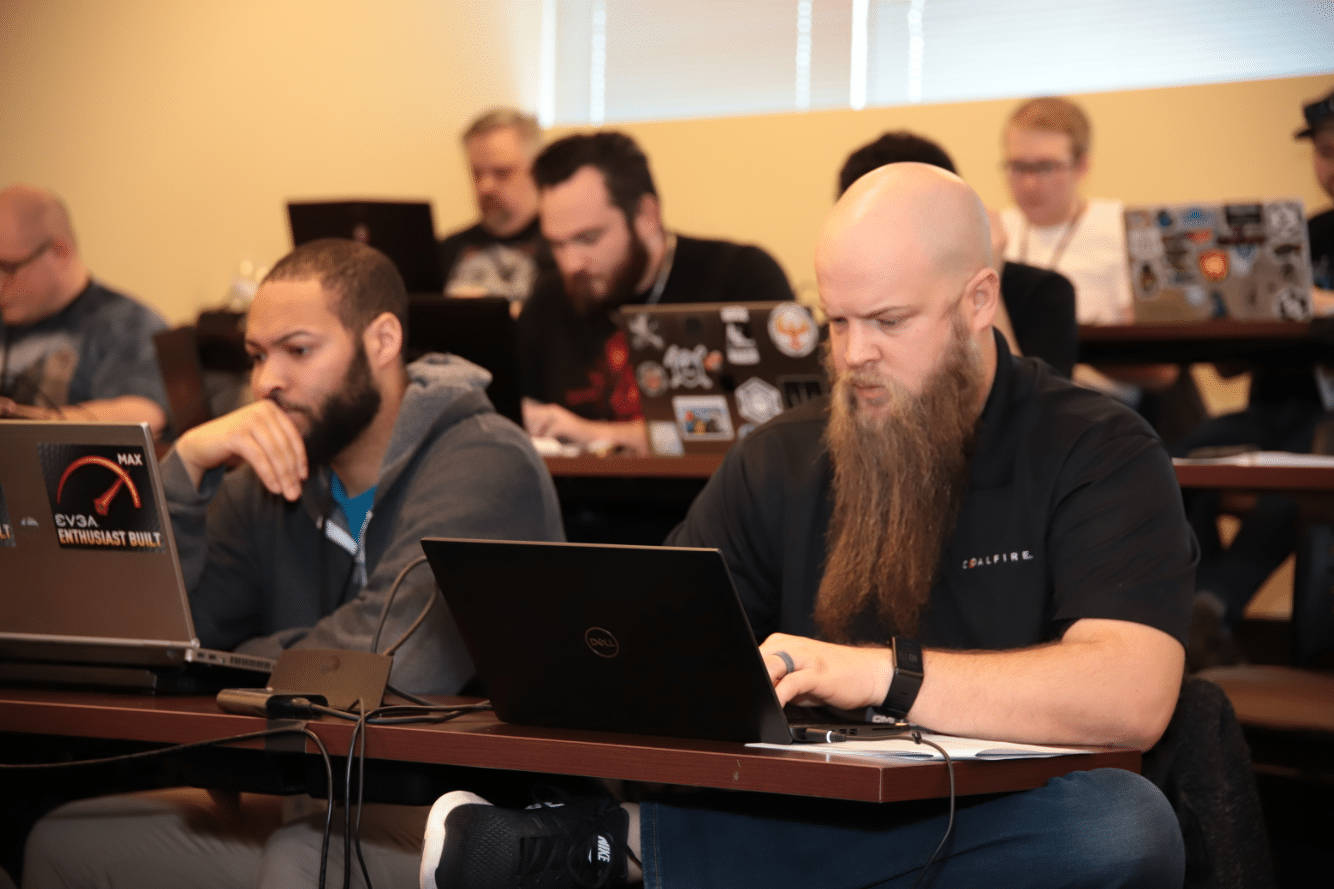 You Have a Cool Job: Ethical Hacker