Home / Blog / Test Prep / Veterinary Technicians: What the Job is Like and How to Become One

Working with dogs and cats, horses and cows all day is an animal lover’s dream. Unfortunately, the schooling required to be a veterinarian takes eight to ten years, which isn’t accessible to everyone who wants to work in veterinary care.

Last week, we covered healthcare professions that take only two to four years of post-secondary school and explained how there are plenty of people in healthcare with important jobs that are not doctors. While animal healthcare is more consolidated, the professions within the field work in a similar fashion–there is a team of veterinarians, veterinary technicians, veterinary technician assistants,  among others that all work together to help heal animals.

Read: Doctor isn’t your Only Option: Healthcare Careers that Require Only 2 – 4 Years of School

A veterinary technician, or vet tech, is someone who may work in many types of animal care jobs. The job outlook growth for vet techs is 20 percent, which is much faster than average, according to the U.S. Bureau of Labor Statistics. This article will dive into the world of a vet tech to show what the job is like and how to become one, as well as provide advice for prospective vet techs.

What is it like to be a vet tech?

We went to a local vet clinic to get some insight on what being a vet tech is like, and how to get there. We talked to Geoffrey Van Zijl, Veterinary Technician at Cherry Knolls Veterinary Clinic, about his work and experience leading up to becoming a vet tech.

“As a veterinary technician, our role is first and foremost to anticipate the doctor’s needs,” said Van Zijl. He joked, “I always like to make fun of the doctors, I say we’re the ones who make the animal hospital run.”

While the vet makes final calls and does certain tasks that a vet tech isn’t qualified to do, the vet tech bridges communication between the clients and the doctor, as well as other clinic workers, and coordinates the flow of the visit. Van Zijl explained that he usually knows what a doctor is going to want to do before they enter the patient room, so he prepares the client for this, which may be x-rays, blood work, or medication beforehand.

A vet tech is knowledgeable in a broad spectrum of vet care because they actually perform or assist in many of the procedures, unlike a human hospital where there are many different positions for various procedural roles. Van Zijl said that aside from communicating with the client and doctor, his roles include taking x-rays, doing blood work, administering anesthesia in surgery, providing drug recommendations with dosage calculations, and taking measurements. Differences Van Zijl detailed between him and the vet are that the vet tech isn’t qualified to perform surgery, although they may assist. They are also unable to extract teeth, diagnose conditions, prescribe medication, or euthanize animals.

“Those are the main differences between a technician and a doctor, but most of the time in anticipating what the doctor needs, I can come up with a good idea of [what] drugs we’re going to do, but I’m always going to check with the doctor first,” said Van Zijl.

The relationship between a veterinarian and a vet tech is similar to other medical teams in terms of co-working, but a vet team is more consolidated and a vet tech fills many roles.

“As a technician you’re the doctor’s teammate. Overall as a tech we fit whatever job needs to be done and it’s awesome, that way it’s always something new,” said Van Zijl.

Several years ago, Van Zijl’s dog was diagnosed with lymphoma. He spent 5 days in the animal hospital with his dog. The kennel Van Zijl sat in with his dog looked over the emergency room. He watched what went on in an animal hospital, and after watching the veterinary staff do what they do and having to put his dog down, he decided he wanted to go to school to work in animal care.

“The actual thing that got me was there was this one nurse, this male nurse, veterinary technician I think he was, who would sit with the animals as they woke up from anesthesia. When a pet wakes up from anesthesia they’re very disoriented so it was his job to calm the animals down. I was like, ‘that’s what I want to do,’” said Van Zijl.

How to become a vet tech

Soon after the animal hospital experience, Van Zijl enrolled in an associate’s degree program to get his degree in Applied Animal Science. After passing the Veterinary Technician National Exam (VTNE) and earning his certification, he started his work in the field. Note that while this is the most common way to become a vet tech, there are other routes, and other rules that vary by state. However, most states require an associate’s degree and veterinary technician certification.

After two years of post-secondary school comes certification. To earn this certification, you must have completed your degree and passed the VTNE. Van Zijl recalled his experience taking the VTNE and described it as “difficult.” While he said going to school was the biggest study guide for him, he was unprepared for the array of information that would be asked on the test.

“The hard part about this test is they ask about goats and alpacas and dolphins. Meanwhile I’ve got my eye on dogs and cats,” said Van Zijl.

He explained that the VTNE covers many different professions that range from canine officers, to animal husbandry, to of course large, small, and exotic animal veterinary technicians, and everything in between.

“The test was so difficult in the sense that there was so much information on there that I didn’t anticipate ever needing to know,” said Van Zijl, “but I passed, which was a very, very happy moment in my life.”

Want to make sure you pass the VTNE test? Check out Peterson’s Master the Veterinary Technician National Exam.

When asked what advice Van Zijl would give to prospective vet techs, he focused on confidence, attitude, and on-the-job experience for learned skills.

“You have to be confident with everything you do. You can’t come in this field scared,” said Van Zijl.

He explained that fears people have, like getting bitten, scratched, or clawed by animals are, of course, possible, but fear of these incidences can hold veterinary personnel back, while confidence allows you to move through the field with skill.

If you love animals and think the veterinary world is for you, know that there are several people that work in veterinary care. Even the title of vet tech covers a wide array of jobs. While veterinarians have an important job, there are plenty of other animal care professions that may be more suited to you and your schooling abilities. Becoming a vet tech may just be the right education and career path for you. 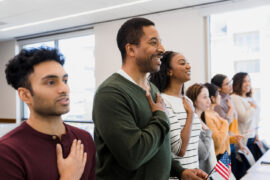 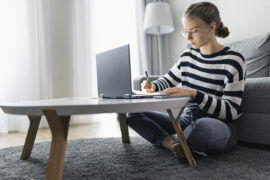