If you’re looking at nursing schools in California, you should think about the nature of California itself. That’s because you’re probably not going to be able to do justice to your search unless you understand the most important characteristics of the state itself.

Looking for more general information about nursing schools? Follow the link to find out whatever you might need to know.

Looking for nursing schools in California? Which part?

One of the most important facts to keep in mind when searching for nursing schools in California is that California is an enormous state, made up of a number of differing regions. Each region has very different geographic, climatic, and cultural traits.

One thing to note is that the different regions of California are divided up imprecisely. Some people define regions entirely differently than a simple divide between North and South California, especially because many of the central parts of the state have unique cultures, different than either North or South California.

Furthermore, the culture, climate, and geology of California is often different in the west than in the east, making the divisions even harder to place successfully. But for the sake of this discussion, the main regions of significance are North and South California.

Northern California has a cooler climate than the southern part of the state. The north is often held to be much more nature-oriented, with many impressive geological features to take in, as well as diverse fauna and flora. Depending upon where you place the boundaries of Northern California, it includes the Sierra Nevada Mountains, the Central Valley, the Yosemite Valley, Sequoia National Park, and Mount Whitney, among other significant geographical features.

It’s also important to take into account some of the cultural differences between the regions. Northern California, particularly in the San Francisco Bay Area, is considered closer to East Coast culture than it is to stereotypical West Coast culture.

You’ll find many nursing colleges in California within the bounds of Northern California, such as:

Southern California also is often defined as including such areas as Orange County and the Riverside-San Bernardino area, otherwise known as the Inland Empire.

Southern California, culturally, is often most defined by the presence of Hollywood and Los Angeles within its bounds, coupled with the heavily urbanized nature of the area.

There are many nursing schools in Southern California for you to take a look at, including:

If you want to investigate more nursing schools in California, then you can take a look at this search page. 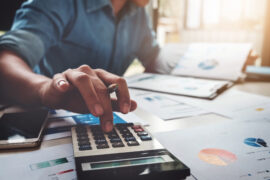