Enrollment applications for American universities and colleges usually start off asking you for the personal information they need. You also will be asked questions about your abilities, goals, and talents. In addition, American colleges want to know the reasons why you wish to attend a college in the U.S.A. University applications help each school admit students that will bring a variety of backgrounds, outlooks, and personalities to their campus.

Many international students have rich cultural and academic backgrounds. It’s a good idea to share your personal and academic experiences by noting such information on the application or on another piece of paper. Make the most of this opportunity to “sell yourself” to the admissions office and help the school see what an asset you would be to the school.

Most colleges in the U.S. will ask for teacher recommendations

Although policies regarding teacher recommendations vary from college to college, it’s a good idea to have at least one teacher provide a reference. Select someone who knows you well and has taught you in a subject that is related to the course of study you wish to pursue. If you are undecided about a specific course of study, then select a teacher who knows you well and has a high regard for you, both academically and personally.

Your official transcript or academic record is the objective part of your application. Since academic records and systems of evaluation vary greatly from one country to another, it is important that you ask your school to include a guide that explains the grading standards or ranking methods currently in use. Admission officers will want to know how you have performed over time, so be sure to have official records sent that describe your academic performance for the past three to four years.

If there is a national exit-level certificate examination at the end of secondary education in your country (for example, British or British-based O and A Levels, French Baccalaureat, Hong Kong Certificate of Education, etc.), have official results sent as soon as they are available. If your academic records aren’t in English, make sure that you have officially certified English translations sent along with the official documents in the original language.

The school report and the transcript of your academic record are essential to American colleges and universities as they evaluate your academic abilities. The report should be filled out by the official in your school who is responsible for college placement. Your academic record introduces you in the context of your whole school experience, as well as in relationship to the other students in your class. The report should reveal your accomplishments and provide a prediction of your chances for success in university-level studies.

Of all application requirements, your ability to speak, write, and understand English is an absolute requirement for direct admission to most degree programs in the U.S. The Test of English as a Foreign Language (TOEFL) is the most widely accepted test of proficiency. If English is not your native language, but most of your formal schooling has been in English-speaking schools, you may not be required to take the TOEFL.

You should be sure that you know the policies and requirements of each of the U.S. colleges you are considering. If you know that your English ability is not up to acceptable standards, you may wish to consider intensive study of English in your country or in the U.S. There are many English-as-a-second-language (ESL) programs available. Entrance requirements for these programs are minimal, and students are placed at the correct level of study through testing of their ability. Programs may last from five weeks to as long as a year, and may be offered by the very school to which you are applying.

It is possible that you will be admitted to a U.S. college conditionally, pending study in an intensive English language program. U.S. consular officials abroad will frequently not grant an F-1 (student visa) for admission to an ESL program in the U.S., unless you also have conditional admission to a full-time undergraduate program. The consular office may issue a B-2 (tourist visa) for a period of months if you wish to enroll in an ESL program. B-2 students wishing to continue to an undergraduate degree program must leave the U.S. and reapply for entrance as an F-1 student, having obtained a Certification of Eligibility for Non-Immigrant Student Status (form I-20) and a letter of admission from a college or university.

Many colleges in the U.S. require applicants to take either the SAT or ACT. You should not feel too much anxiety over these tests; admission officers are aware of the difficulties that tests like these present to students educated outside the U.S. or whose native language is not English. Institutions generally place greater weight on the mathematics sections, particularly for applicants who do not speak English as their native language. Your entire academic record will be taken into consideration, and American universities will place the results of such tests in the proper context. 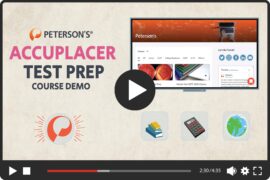 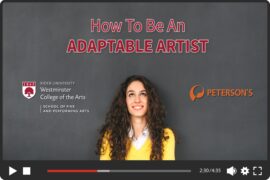 How to Be an Adaptable Artist 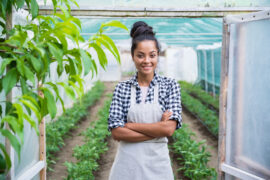