In our modern day, computers touch virtually every aspect of our lives. Computers are in our places of work, our phones, even our washing machines and refrigerators. A programmer is someone who tells the computer what to do and how to do it. With the role of computers constantly expanding, it is very likely that demand for programmers will remain very high. If you’re thinking of a career in computer programming, here are some things to consider.

What are the qualities of a good programmer?

Typically, a programmer is good at analytical thinking and problem solving. There is a certain logic that goes into programming, because a computer will do exactly what you tell it to do. If there is a fault in your logic or thought-process, the program won’t work as expected. Being a programmer requires advanced math skills. The logic used in mathematics is the same as the logic used in computer programming. Programmers typically hold a degree in Computer Science.

What does a typical computer science degree look like?

As discussed above, a lot of math is used in programming. Typically, you will take some algebra courses, as well as calculus classes designed for engineering students (usually calculus 1 and 2.) Statistics or probability is also a common math class that you’ll likely be required to take.

Some students move on to graduate level programs in computer science. Others enter the job force with a bachelor degree. Either way, any programmer should be prepared for more classwork in their future. As in many technology fields, computer programmers often are required to hold certifications such as C+ and C++, MSCD (Microsoft Certified Solutions Developer App Builder) SSCE (Salt Stack Certified Engineer) and many others depending on what languages you often use. These certifications usually require a test to acquire initially, and periodic continuing education credits to maintain the certification. Programing languages change and develop over time, so continuing education helps to make sure your knowledge is up to date.

Even outside of certifications, you’ll likely find yourself taking classes to learn new programing languages or to enhance your current skills. A computer programmer is never finished with their education.

What else can I do with a computer science degree?

Computer science degrees have a couple of other foci that are related to programming, but not exactly the same. Software developers use their programing skills to create new software, or debug or modify existing software. Systems analysts look beyond a particular program into the operation of the entire computer system. They may set up new systems, add new applications, or review existing setups and make modifications to increase productivity.

One plus with a computer science degree is that much of the elective courses that would determine your direction (programing, software development, or system’s analyst) are taken in the last two years of your degree. This enables you to make a switch if you decide one of the other disciplines better fits your goals.

You may also want to head on over to our partner, Computer Majors, for more information about computer science degrees. 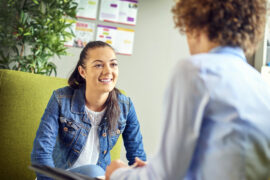 7 Student Services You Should Be Using Now 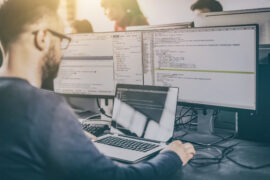 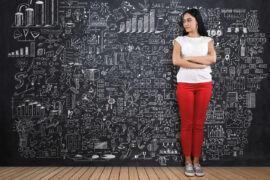