The interest in forensic science, sometimes also known as forensics, has increased over the years, with the industry becoming popularized in television shows, movies and books. It is also considered a growing field within the employment realm, so forensic career opportunities should continue to rise.

Two career fields that often appear in the media are criminalistics and digital forensics. Criminalistics involves the analysis of biological, trace, and impression evidence, among other things, within an investigation. A digital forensic specialist would focus on recovering evidence from digital or electronic media.

Because of the wide variety of disciplines and places of employment, salary ranges in this field are quite variable. The United States Bureau of Labor Statistics offers basic salary information about many forensic jobs in the Occupational Outlook Handbook.

Here is a sampling of some of the many career options available to you.

Forensic Scientist
As part of crime scene investigation, a forensic scientist collects and analyzes physical evidence at a crime scene, which includes, but is not limited to, bodily fluids, blood, fingerprints, bones, firearms, and drugs. The forensic scientist then analyzes the information, preserves the evidence, writes reports, and often testifies at trial.

For this forensic career, you typically must have a 4-year degree in biology, microbiology, chemistry, physics, or genetics. A 2-year or 4-year degree in criminal justice, law, or communications is also beneficial.

Computer Forensic Technician
Working in the field of digital forensics, a computer forensic technician focuses on the collection of evidence in the “virtual” world. They investigate computer-based and Internet-based crimes, which may include identity theft or illegal pornography.

However, they also assist in “real-world” crimes, by collecting email records, documenting online activity, or deep-searching computers for hidden records and files, all of which may aid in the investigation of murder, robbery, terrorism, drug trafficking, smuggling, or other crimes.

Opportunities for this forensic career can be found at the local, state and federal level, but there are also private industry options as well. A computer forensic technician could work as a freelance consultant for law firms, private investigators, security companies, or other commercial industries.

This specialty typically requires a 4-year education in computer science or a related technical degree. A 2-year or 4-year degree in criminal justice is also beneficial.

Forensic Psychologist
A forensic psychologist collects and analyzes psychological information about a suspect, and conveys his or her opinion of the information for use in a criminal investigation or civil dispute.

In this forensic career, psychologists can work to create a “profile” of a suspect, to narrow down the pool of suspects in an investigation. They may also interview suspects or defendants in order to provide an accurate detailed report of their psychological standing. This evidence can be used in a trial, with the psychologist being asked to testify. Therefore forensic psychologists must be very well trained, confident in their findings, and able to communicate their findings clearly.

A doctorate in clinical psychology, counseling or forensic psychology is typically required for this occupation.

Forensic Accountant
A forensic accountant uses his or her knowledge of finance and accounting to work with law enforcement on investigations of crimes such as securities fraud, embezzlement, contract disputes, and money laundering. Forensic accountants may also be asked to appear as expert witnesses at trials.

A bachelor’s degree in accounting or a related field is typically required for this career. Certification or licensure from a state board or professional society may also be helpful. 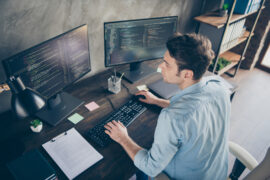 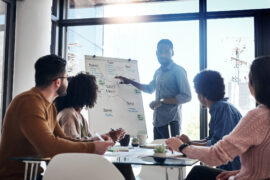 11 Tips for Delivering an Effective Presentation