Home / Blog / Test Prep / ACT Scores: The First Step Is Knowing the Basics about the Test

The ACT® (American College Testing) is a general entrance exam used by colleges and universities as a means
of measuring academic achievement during a student’s high school career. This test is used as a factor in determining
admission for a student applying to a college or university. Often other factors for admission include information provided
in the application for admission, letters of recommendation provided by the student, and the result of interviews, essays,
and other considerations.

The ACT is conducted 6 times per year (with another added for 2018), and students can register online at actstudent.org. There is a testing fee to take the ACT Test. Currently these fees
are $39.50 for the basic tests (which includes the basic Reading, English, Math, and Science Sections), and $56.50 for
the basic test plus the optional writing test. Although the writing test is optional, it is highly recommended, as it is a requirement for admission into several schools. There is a deadline
to register for each testing date, and
a late fee for those who register after that deadline.

The testing typically starts at 8am on the day of the test. If you are taking just the basic test, the test takes just over
4 hours. This time includes the timed test for the four basic sessions, instructions regarding each test, and a break
between the first two tests and the last two. Each of the four sections of the test are scored separately. The composite ACT score is the average of all 4 scores. The writing test is considered
a sub-score. If you chose to also take the writing test, then the entire test is about 40 minutes longer.

The ACT test can be taken in a student’s junior or senior year in high school. It is important to note that the ACT test
can be taken more than once, and many students choose to take the test once in their junior year, so that they can take
it again in their senior year if they are dissatisfied with the score. The student then chooses which ACT test score
gets forwarded on to colleges. Re-testing is recommended if a student was ill during the test, did not completely understand
test directions, or for some other reason is dissatisfied with their score on the test.

Trends indicate that if a student scores fairly high on their first test, they are less likely to improve if they re-take
the test. Conversely, the lower the scores on the first test, the higher the likelihood that the student will improve
by re-taking the test. It is important for students to consider their option to take the test multiple times and test
early, so that they will have opportunity to retake the test if needed. The scores on a student’s ACT test can be the
deciding factor in college admission, so it is important that they are the best possible scores. 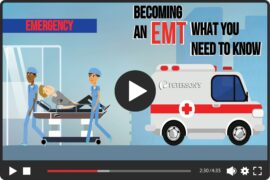 5 Steps to Becoming an EMT 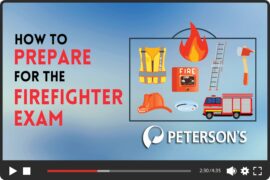 How to Prepare for the Firefighter Exam (Video) 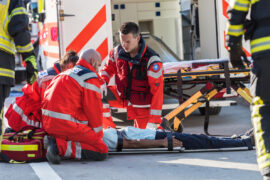 Prepare for a Career as an Emergency Medical Technician (EMT)