Are you ready for the SAT? Try these sample SAT test questions to determine where to focus your preparation and study time. Answers are provided at the end of all the questions.

1. During the campaign, the politicians engaged in __________ debate, accusing each other of gross misdeeds.

Everyone loves Jane Austen’s novels — scientists, feminists, college freshmen, traditionalists, even readers who think they don’t like fiction. After Shakespeare and perhaps Dickens, Austen is the most universally admired writer in the English language. Her popularity is extraordinary when one considers that she deals with neither death nor religion nor great moments in history. Her subject is courtship, and her stories all end the same way — in happy marriage. Yet no one has ever accused Austen of being shallow or suggested that her novels have appeal because of their escapism. Quite the contrary — her work is usually characterized as wise, witty, and realistic.

In many ways, Austen’s novels resemble Shakespeare’s comedies, which also end in marriage. Both the novels and the comedies demonstrate how much human nature may be revealed within the confines of a circumscribed environment and a limited plot. Like Shakespeare, Austen makes women her central characters. By using their wits and their moral sensibilities as a substitute for the power they do not have, they bring about a desired end. This element in itself — the success of the weak over the powerful — may account for some part of Austen’s popularity.

The greater part of Austen’s appeal, however, is rooted in her ability to combine the seemingly incompatible qualities of romance and irony, engagement and detachment. Rational though she may initially appear from the beauty of her balanced sentences, there is much in Austen’s work that is firmly rooted in the realm of the feelings. Despite her elevation of civility, restraint, good manners, good sense, and duty, Austen’s novels are essentially fairy tales — fantasies. They are grounded in realism and made credible by careful observation and sound precepts of moral behavior, but they are fantasies nevertheless.

1. The author compares Austen’s novels to Shakespeare’s comedies primarily in order to:

2. You can infer from the sentence that begins “This element in itself…” (the last sentence of the second paragraph) that the author believes which of the following?

1. The reason we stopped fishing was because the fish had already stopped biting.

Think carefully about the statement and assignment below. Outline a response that develops and supports your own ideas. You have 25 minutes to write an essay on the given topic in the space provided on your answer sheet. If you write on any other topic, you will receive a score of zero.

There are times when you have to obey a call which is the highest of all, i.e. the voice of conscience even though such obedience may cost many a bitter tear, and even more, separation from friends, from family, from the state to which you may belong, from all that you have held as dear as life itself. For this obedience is the law of our being.

Assignment: Is it more important to comply with the dictates of conscience than with other demands? Plan and write an essay in which you develop your point of view on this issue. Support your position with reasoning and examples taken from what you have read, studied, or experienced.

1. A rectangular door measures 5 feet by 6 feet, 8 inches. What is the distance from one corner of the door to the diagonally opposite corner? (1 foot = 12 inches)

1. The correct answer is (B). A debate in which candidates fling accusations at each other is likely to be acrimonious (harsh or bitter).

1. The correct answer is (D). Go back to the second paragraph and reread the part in which the author compares Austen and Shakespeare. The passage says “Both the novels and the comedies demonstrate how much human nature may be revealed…within a limited plot.” In other words, both authors created rich characters, even when their plots weren’t very surprising.

1. The correct answer is (C). Writing “the reason is… because” is redundant. A subordinate conjunction like “that” or “why” will work better. Choice (D) is wrong because “all ready” is not an adverb. 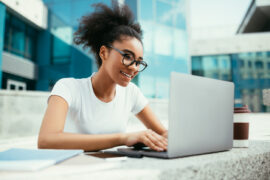 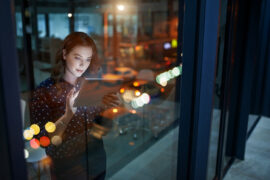