Picking an option for student loans is tough enough. But sizing up your interest rate options? That seems like something that should come after the first semester of college courses, once you learn what all that stuff really means.

Bad news? That’s not an option. The good news? By getting a grasp on the difference between variable and fixed rate loans, you can make picking and paying for a loan much easier.

There have been plenty of articles written on the difference between fixed and variable rate loans. Including on our own blog. So instead, let’s take a look at how these interest rate options will actually affect one’s ability to repay a loan by crunching the numbers. 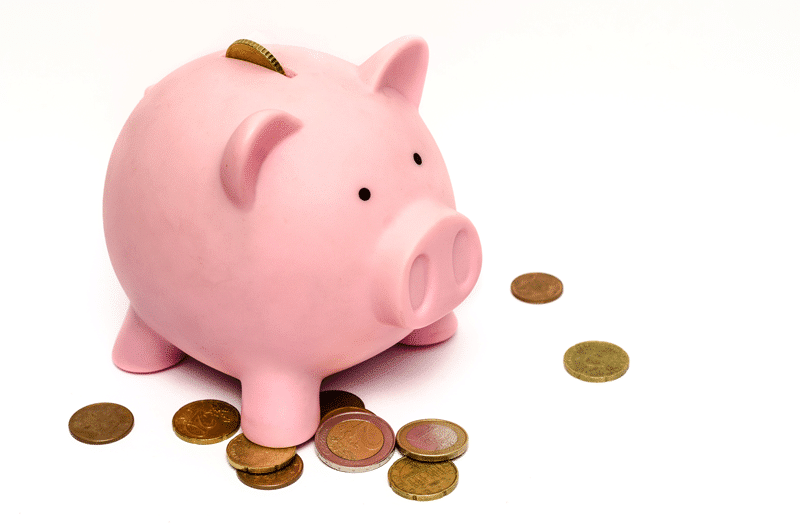 Looking to borrow for school?

For more information on student loans, or to start an application, click here.

Before we get ahead of ourselves, let’s take a quick refresher in the different types of loans…

A fixed rate loan is as it sounds–you get a rate, and it stays the same as you pay down your debt. Easy for budgeting, and the simplest way to make sure you know what you’re getting into when it comes to repayment.

Then there are variable rate loans, which vary in terms and purposes. Some offer lower introductory rates, and make it easier to fit a loan into an entry level lifestyle. Others allow borrowers to take advantage of favorable market conditions, but run the risk of incurring high fees and periods of increased interest.

For the first time on our Peterson’s blog, we’re also going to throw in a curveball here and introduce the concept of hybrid rate loans. Again, pretty straightforward: The loans feature a period where the rate stays fixed, then the rate changes per the terms of the variable portion of the loan.

Another key factor is understanding how your interest accrues, and when it starts. Certain loans offer periods of deferments (i.e. while you’re still in school), but most times the meter is still rolling on the interest you are accruing, even while in deferment.

If you are able to pay interest while in school, you get the financial gold star of starting with the balance you borrowed. Way to go, looks like someone took that whole piggy bank concept seriously. If not, the interest you accrue while in school is usually tacked on to the principal balance of the loan.

So which makes the most financial sense? Let’s find out.

Johnny grew up with big dreams of studying international business, and needed a little help to make his degree possible. So Johnny took out a loan for $25,000, and used that money, plus scholarships and crafty maneuvering, and came out four years later with bachelor’s degree.

But unfortunately, Johnny didn’t pay off any interest during school, and so that $25,000 turned into a principle balance of $30,522.38 to pay off after graduation.

Welcome to the real world, John.

So now John has to figure out what to do with that debt, and he’s looking to refinance. There’s just one question left on his mind: Do I go with a fixed rate, variable rate, or a hybrid loan?

DISCLAIMER: These numbers do not reflect any specific loan or offering, just an illustration to help these concepts seem more real. Rates/terms may vary, and banks may ask for larger payments up front depending on factors such as your credit score, and how fast you want to pay off the loans.

For this exercise, we set the terms of the loans for each of the different interest rate options, and made all of our projections based on the following set of operating rules.

Based on these parameters, we broke down each loan into 3-year segments, and considered how much was paid in total, how much interest was accrued, and how much of the total balance was paid off of the loan.

If you’re interested in the full data sets, you can view the charts here. Payments were also set at an arbitrary rate, rather than based on repayment terms and having a specific end date in mind. If you are considering loans, make sure you consider these key factors when sizing up any sort of loan.

Fixed Rate: The fixed rate loan had the lowest total amount paid off, but that’s also considering that in this exercise, this option saved $1,080 in payments over this 9-year scenario. But while the savings would have showed up in John’s month-to-month budget, this plan would put him almost $2,000 behind the other options in terms of total balance paid.

Fixed rate loans make budgeting easier, and make it simpler to pay it back, but this option incurred the most interest and left John with the most to pay after 9 years.

Variable Rate: The lower introductory rate allowed for more of the principal balance to be paid down, but the raising rate made this one of the two scenarios that required an increase to the amount being paid each month. That’s not all bad, though, as career development and increased income can offset the rising monthly payments.

This route led to the most total balance being paid down over the 9 years of the simulation among the different interest rate options.

Hybrid Rate: This method saw John trim off nearly the same amount as the variable loan (just $155.60 over 9 years). The difference was that this option provided him with five years of the introductory rate. It didn’t save John as much money as the introductory rate of the variable loan, but those savings showed up in the fourth and fifth years of this projection thanks to the fixed portion of the loan.

One last reminder: This is just an example. There are ways borrowers can use changing interest rates to shave thousands off of their bill, while at other times those who play it ‘slow and steady’ can sometimes hit financial windfalls that allow them to clear balances with the extra cash on hand. As we move forward, we’ll get into more of the details of how to make student loans work for you. Keep checking back with the ‘funding’ portion of the Peterson’s blog in the weeks to come.

Ready to take the next step toward your degree? Start here with information from CommonBond on borrowing for your education.

CommonBond is a student loan lender started by student who went through the student loan process, and use that knowledge to offer a tech-enabled experience with exceptional customer service. For more information on borrowing from CommonBond or to start an application, click here. 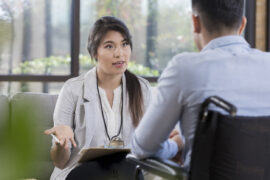