Home / Blog / Stories / Firefighter Exams: What they are, What’s on them, and How to Prepare

The process of becoming a firefighter is lengthy, and varies from department to department. Most fire departments require some sort of written test in addition to a physical test when hiring new firefighters, but there is no standardized test among states, making information on the process hard to find.

However, there are some similarities between the tests in terms of when candidates take the test and some of the test content, but methodologies and what departments are looking for is what separates departments and states.

When do you take the firefighter exam?

Dave Woodrick, Deputy Chief of the Franktown Fire Protection Station, explained that these tests are often administered as a later step in the application process.

“For career positions, there will usually be a job posting, either through local papers, websites, and [avenues] like that. So there will be a posting for applications and resumes to be submitted. Shortly after that period’s open, there’s an application review, and then onto a testing process,” said Woodrick.

Another way of administering tests that some departments or fire department systems use is to submit test results with an application. For example, in California, exams for open positions are available for registration right after a candidate submits an application. The Cal Fire website reads, “any applicant who meets the minimum qualifications may apply for these examinations, whether or not he/she is currently employed by the State of California.”

Why are all the exams different?

Every department has their own goals and content for the exam itself. While some fire department systems, such as larger California municipalities, may collaborate and create one standardized test for that area, other smaller departments write their own individual test based on what they see as important for their firefighters.

What’s on the firefighter exams?

“There can be some general education type questions, basic education, things like that. A lot of times there isn’t initially anything job specific,” said Woodrick, who said this is due to legality. “It’s a legal aspect where you would have to have prior knowledge. I can’t ask them about something Franktown-specific. It’s a fair and equal opportunity aspect.”

The only exception to this that Woodrick provided was in the case of a firefighter paramedic, where departments can require a general evaluation of paramedic skills based on a national standard.

Testing for general education is helpful for fire departments in determining the qualifications of candidates, but that tests are also now including behavioral questions.

“A lot of the tests have started to be geared towards questions regarding a psychological nature and a person’s behavioral type to try to identify [if a candidate is] introverted, extroverted, how well they work with groups, how well they work on their own, or when faced with a difficult situation, how they handle it,” said Woodrick.

In order to determine what traits are desirable for a certain fire department, Woodrick said that some departments will have their current members that have been successful take a test in order to create a baseline for what they want in future candidates. This way, they can look for similar qualities.

Other departments may only test for general education, but follow this by an oral board review or panel. Again, this is all determined by what a department has decided is necessary for their specific stations.

As for testing format, Woodrick said that many exams use multiple choice. But, there are other testing methods that may also be incorporated, such as free-response questions.

Who writes the firefighter exams?

Some larger departments may use a standardized test that has been created for several departments, and this may be created internally or externally. For example, Woodrick explained that about nine metro agencies in Colorado utilized a testing group that developed a common test for the applicants of those municipalities. However, Franktown Fire, like many other departments, simply writes its own tests.

“Some of the smaller departments might not be able to afford [using a testing agency], so their testing may be different in the sense of just an application and resume review of the basic characteristics that they’re looking for, or certifications. And, there could be an oral board and panel review,” said Woodrick.

How can you prepare for the firefighter exams?

Of course, preparing for the general education aspects of the firefighter exams is helpful in ensuring you are prepared for this part of the test. Brushing up on education topics can help improve your score, especially if you have not recently been in school and may be rusty on academic subjects.

Some agencies will have sample test questions and give candidates a small listing of sample questions from that department. Peterson’s also provides test prep material based on general testing format of the firefighter exams.

However, candidate’s may be thrown off by behavioral questions. While it is helpful to expect these types of questions, there is no way of knowing exactly what a department is seeking

“Because the types of individuals that certain departments are looking for can vary so much, a lot of times the candidates walk away feeling like they answered it to the best of who they are, but there’s an uncertainty of is that what the department is looking for.

Woodrick said departments encourage candidates to be honest about personality traits to the best of the candidate’s ability. This will help the department determine whether or not they will be a good fit, and like any other job interview, it’s best to present yourself accurately.

While the firefighter exams are an important component of the firefighter application process, keep in mind that this is only one step in the process of becoming a firefighter. You will also need certain credentials, possible certifications, a fitness test, and any other qualifications a fire department deems important. In order to prepare for these steps, visit the website of the department you’re applying for, or ask a fire department representative if they can provide any information about your specific department.

If you’re interested in learning more about fire safety careers, listen to our podcast episode of You Have a Cool Job, featuring Fire Risk Reduction Specialist, Kim Spuhler. 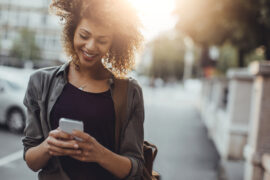 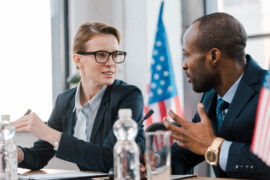 Serve Your Country Abroad as a Foreign Service Officer