We all know about the strange state rules that get rounded up in BuzzFeed articles, but what about college campus rules? There are arguably less hoops to jump through when it comes to creating college rules, so sometimes, they’re even more interesting than Louisiana alligator laws–prohibiting you from stealing an alligator.

Both public and private colleges are prone to interesting regulations, and not all rules are created equal, whether they be official or unofficial. They may inspire or un-inspire you to attend a college, depending on your preferences. So, it’s best to know if your chosen university has any weird college rules, and fun to hear what types of “statutes” colleges can come up with!

1. No beard without a doctor’s note

Brigham Young University has many specific rules for dress code and grooming standards. One such rule refers to men’s facial hair. The BYU Honor Code states: “Men are expected to be clean-shaven; beards are not acceptable.” However, the exception to the rule is if a student has a medical or skin condition that is aggravated by shaving. The student would need to medically qualify for a beard exception to be permitted to have a beard. You won’t be getting any food stuck in your beard here!

Like many people, Bob Jones University staff has some pretty strong opinions when it comes to country music. However, BJU bans the genre, as well as others, for religious reasons. The university’s position statement reads:

“The following music conflicts with our mission and is therefore excluded from performance, personal listening, or use in student organizations, societies, student productions, or social media: Any music which, in whole or in part, derives from the following broadly-defined genres or their sub-genres: Rock, Pop, Country, Jazz, Electronic/Techno, Rap/Hip Hop, or the fusion of any of these genres.”

The Swarthmore College pterodactyl hunt is quite the quirky tradition. On a night in October, students wear black and white garbage bags, depending on if they are a hunter or a pterodactyl, and chase each other with foam swords. The event is organized by the campus’ science fiction club, Psi Phi, and a major hit (required, you might even say) among students every year.

There shall be no ritualistic animal sacrifices in the quad of Asbury University, as the college explicitly bans occult practices on campus in their student handbook under morality. Idolatry and occult practices are banned in the handbook as they are “condemned in Galatians 5 and should not be practiced.”

5. Posters can only cover 10 percent of dorm walls

At Radford University, the dorm rooms have a few confusing rules. When college freshmen move to Radford and decorate their dorm rooms, they must ensure that posters only cover 10 percent of the wall space, as to not cause a fire hazard.

6. Only family pets are allowed in the pet house

Washington and Jefferson College has a designated “pet house” for students living on-campus. While students are allowed to house their pet with them at the pet house, only pets who are deemed family pets can qualify to live with the student. The pet must have been in the family for at least a year, and must be one and a half years of age. Acceptable pets in the pet house include cats, dogs (under 40 pounds), small birds, hamsters, gerbils, guinea pigs, turtles, and fish.

We don’t know what kind of dorm party or attempted music video provoked Bowdoin College to ban fog machines, but they are specifically not allowed in residence halls at the College.

8. Must kiss the concrete lips to get into college

At the University of Denver, there are concrete statues of lips outside the gym. Legend has it, if you kiss the lips, you’ll be lucky enough to gain admission to the university. You can spot tour groups encouraging touring high school students to try their luck on the lips.

While this isn’t necessarily too strange of a rule, it’s important to know what your college campus’ drone rules are if you plan on flying around. With drones come many murky drone rules surrounding public areas. Universities have varying severity of limits to drone use, but Columbia University has some of the strictest drone rules. Students at Columbia can only fly a drone if they are used for education and research, have received prior approval from the Department of Public Safety, and provide numerous details about the planned flight.

10. Must scream the night before finals

Sometimes, the stress of finals makes you want to scream. But the students at Carleton College take it to a whole new level. At 10 p.m. on the night before final exam week starts, the sound of screams echoes through the small town of Northfield, MN as students stick their heads out their windows and let it all out. Referred to as “the primal scream,” students are able to blow off some steam for a minute, before resuming their quiet studies.

The phrase “dance like no one’s watching” gains a whole new meaning at Liberty University–you better make sure no one is! Dancing was banned from Liberty University until 2015. Now, students may participate in organized dance events and classes, but social dancing is still strictly prohibited and results in a $20 fine.

12. Fence painting is only allowed in the wee hours

Some schools have a fence or wall that students are allowed to paint, but Carnegie Mellon University requires that students paint only under the cover of nightfall. Students can paint whatever they want on “The Fence”, but it must be done between midnight and sunrise. 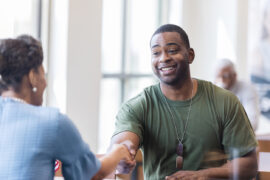 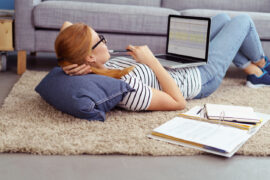 10 Accelerated Degrees that Fit into Your Busy Schedule 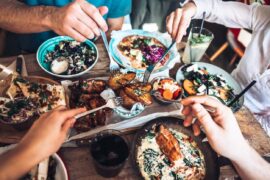 20 Schools for Foodies to Consider